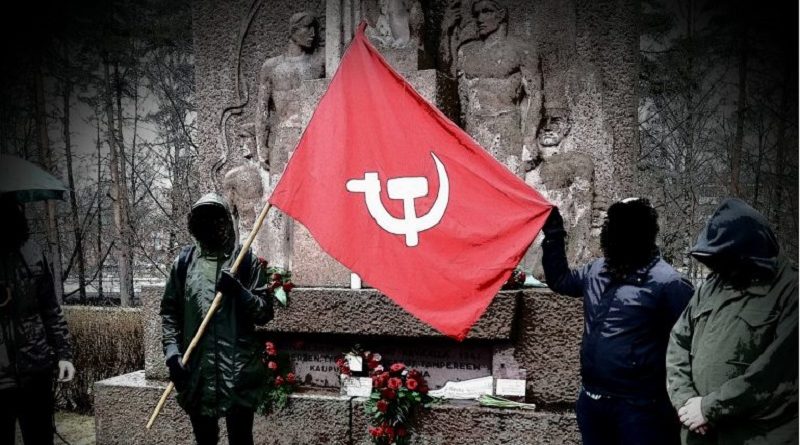 To our friends in Finland and in the international communist movement

The Red Flag Collective has held a successful reorganizing meeting, through which our organization has been cast anew. The meeting was held because the one and half year since the initiation of our activities has demonstrated the need to renew our organization as well as to sharpen our line and present it unified.

The meeting adopted a temporary program which for the first time uniformly defines our ideological basis, which is Marxism-Leninism-Maoism, and defines the situation and tasks internationally and in Finland. Our organization upholds this program as a most valuable guide for Finnish communists, and it orients our work as a whole, the work in which the gained development creates preconditions to uplift the program to an even higher level.

The meeting defined as our acute task the tactical withdrawal from practice, so that we could concentrate our few resources to heighten our ideological level as the basic prerequisite for all correct practice, and in the meeting it was underlined that our intention is to heighten our practice to a higher level, and that only from this premise we consider that tactical withdrawal as a correct and indispensable move.

The investigation will concretize into an article, in which we investigate the Maoist doctrine about political power and in which we evaluate the class war of Finland 1918; the article will be published during the first half of next year.

The meeting sends a red salute to unorganized Marxists in Finland, urging them to adopt Marxism-Leninism-Maoism and to organize on its basis. The  meeting also sends its red salute to our brothers and sisters in the international communist movement, assuring our sincere pursuit to carry out our revolutionary duty in Finland as part of and as service for the world revolution.