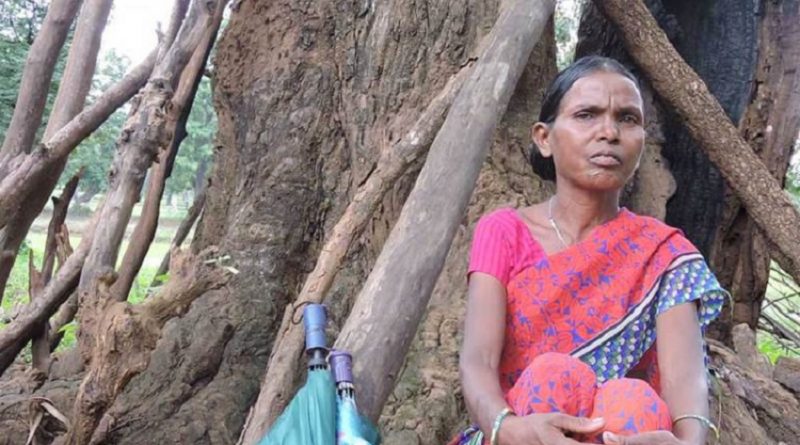 Sukli Hemla of Palnar village (Bijapur) remembers that as a widowed woman, she had done everything to save her son when he would fall ill during his childhood. But when on July 5th 2016, the security forces tied his hands and dragged him away, while they were together working in the rice fields, she could do nothing to save him. She and her daughter-in-law followed the forces only to be beaten away badly. Gathering more village women, Sukli ran to the two police stations in the vicinity looking for him, but was told that he had not been brought there. On their way back though the jungles, she heard his screams for help, a call in pain for a mother, immediately followed with the silence after a firing. She saw his body the next day, clothes stripped, bones broken, penis and tongue cut, he seem to have been brutally killed.

A brother, Naresh Vakko comes alone to depose before the National Commission for Scheduled Tribes. He describes how his sister, Zareena, was picked up while cooking at home by security forces in January.  He admits that his sister was a member of the CPI (Maoist), but had returned to her village since she hadn’t been keeping well for long time. Dressed in a nightgown, taken alive in front of scores of villagers, Zarina was someone who could have easily been arrested. She was reported dead the next day; her body never returned to the family. Kiran, a surrendered Maoist, now working with the police was in love with Zareena. He recalls that she used to laugh a lot and was weak at heart.

Mothers and fathers, wives and children, friends and relatives, comrades in a war, they are asking for justice. They walk kilometers to look for this elusive word. Never having gone to district or state headquarters, they come to engage with the great Indian state and see if there is justice outside their villages.

Family members of 9 year old Sodi Sanno have been to the local police station and district headquarters after the disappearance of their son in February, but got no response. When fact-finding teams visited nearby villages, the boy’s parents sent word once again, seeking help. But distances made this impossible. A month later, when they knew a human rights team was visiting the district headquarters, they made this two day journey for them fraught with threat as they are seen with suspicion by the security camps enroute.

Each adivasi of these interior villages is seen as the enemy. The fact that they live here and that these villages have been the grounds where the Maoist Party has operated, is adequate to declare them such.  But the other more important fact  is that these are the villages that the state had not cared to access for years and when it does, it is only in the form of armed forces to repress and terrorize people.

Not as a father, not as a wife, not as an individual with a loss of a dream and aspirations of a better world for their people, not as an equal citizen of this state – the state has no care for the adivasis of this land.

Sodi Sanno’s mother describes that he was working in their tomato fields when security forces and police came to their village and she heard gun shots. She and her neighbor hurried to bring the children home, as forces pose a threat to everyone. But on the way itself, she saw a big patch of blood and the forces holding some bushes in what seemed to be an effort to cover something. They threatened to shoot her if she came towards them. She was forced to return. Sodhi Bheeme believes her boy was killed that time as he could not be traced after that incident. She waits that someone will give some definite news of him, or at least return his body so that he can be rested to the earth.

Vanjam Aade recalls that her 13 year old daughter had gone to release the hens from their coop and then head for a bath with her 14 year old friend, Siriyam Pojje (in January 2016). But both were killed as security forces came towards their village. The police itself say the girls were shot dead as they fell in a ditch.

It is a trigger-happy state that has caused 100 deaths in Bastar in the first eight months of the year – a state sponsored murder, on an average, every alternate day. In almost none of these deaths, was it a real encounter where police had to fire ‘in self-defense’.  The silent killers – mental agony, malnutrition, malaria, diarrhea, kill slowly and reflect government apathy, but the gun shots finish a life immediately, deliberately, manipulatively, without pretense.

On one hand, the Supreme Court recently recognized the need to investigate the 1500 encounters of the past 20 years of counter-insurgency operations in the state of Manipur, and on the other hand, the extra-judicial killings continue in Chhattisgarh. For the moment, it is important for the state to rape and kill and spread terror in the villages of Bastar. It is time for Mission 2016; the state has to occupy land and provide it to mining conglomerates. Each member of the operation party learns to kill when he sees a murderer in his team going scot-free, when he sees his companion raping a woman comrade and killing her while she calls out to her mother in pain.

In a situation where killings are sponsored by a democratic government, either we are all part of the murders the state commits, or we side with Sukli, Lachmi, Vanjam and take action.

Shivani Taneja is an educationist and social worker based in Bhopal. As a member of ‘M.P. Mahila Manch’ and ‘Women against Sexual Violence and State Repression’, I have been part of fact-finding teams investigating violence on marginalised communities.