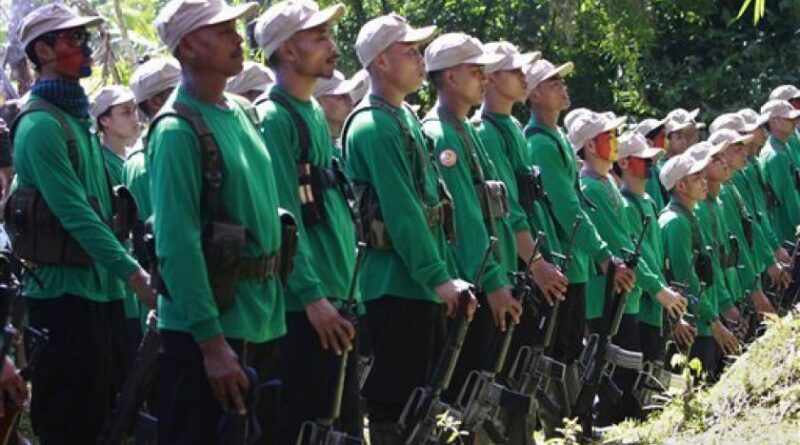 January 26, 2021: Intellectual ferment for armed struggle among the youth and urban intellectuals has long been stirring, especially under the openly repressive Duterte regime. This ferment cannot be killed by Secretary Lorenzana by abrogating the UP-DND accord. In fact, in doing so with the aim of restricting academic freedom, he is only succeeding in further stoking the students and youth’s intellectual interest in the NPA and the armed revolution.

The more that Duterte’s military and police carry out surveillance and monitoring, arrests, imprisonment and killings against his regime’s critics, activists and oppositionists, the more that the question of waging armed struggle as a means of resistance and defense becomes an urgent concern for the youth and the people, and the more that they are drawn to support or join the NPA.

Defense Secretary Lorenzana and his fascist-minded ilk in the AFP want to suppress this intellectual ferment. He has gone to the extent of unilaterally abrogating the 1989 UP-DND accord to threaten academic freedom in the University of the Philippines and stop students and teachers from using their brains to discuss the question of revolution and armed resistance.

In the name of “saving the youth,” what Lorenzana actually wants is to suppress the critical and creative minds of the youth. He wants the youth to think like the military which demands blind obedience to all orders, acceptance of the status quo, and rejection of all notions of radical change.

He wants the military to establish its intimidating armed presence in UP and other universities to instill fear in the student population and stop them from thinking and acting critically against the corruption, mendacity, treachery and tyranny of the ruling Duterte regime. He wants students to stop thinking about the armed struggle, stop knowing the truth about what the NPA stands for, and stop them from asking the question why the NPA continues to enjoy the growing support of the people.

With this freedom, many intellectuals make the insightful observation that the Duterte government has failed to put science and democracy ahead of militarism and corruption in responding to the Covid-19 pandemic; that majority of the Filipino people, especially workers and peasants, are gravely suffering under the severe economic crisis, pandemic and calamities; and other truths that are being buried by the regime’s official lies and disinformation drive.

They also keenly observe how Duterte’s Anti-Terror Law is being used to threaten the people; how people are being intimidated, silenced and suppressed by the military and police’s acts of state terrorism; how they are being prevented from defending their rights and well-being through peaceful means.

Many students, teachers and other intellectuals can see for themselves how the people are being left with no other recourse but to join the NPA. And indeed, among them some have made decision and commitment to join the people in armed resistance. They are not victims of deception. They are people’s servants enlightened by their intellectual honesty.

As the Filipino mark today the start of the First Quarter Storm of 1970 and the 50th anniversary of the Diliman Commune, let us support the struggle of the youth and students, teachers and intellectuals to defend academic freedom against military interference in universities. The students and youth must affirm their determination to fight for their rights and welfare. They must advance the cause of serving the oppressed and exploited people and joining their movement for national liberation and social justice.