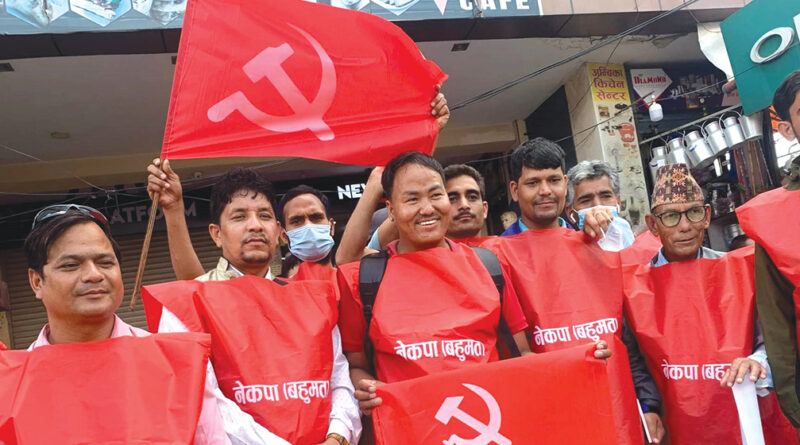 Deepak Chalaune, a central committee member of the party, inaugurated the campaign, which was launched under the auspices of the party’s Bagmati Bureau. He is also a member of the team formed by the party to negotiate with the government.

The CPN (Majority) was formed after a formal split of the Nepal Communist Party (NCP) led by Netra Bikram Chand ‘Biplav’. CPN (Majority) has formed an 81-member General Convention Organizing Committee under the coordination of it’s general secretary Dharmendra Bastola to hold the convention in February, and has been conducting various campaigns against the current parliamentary system.

On the first day of the campaign, party cadres and supporters marched from Machha Pokhari in Kathmandu and to the Busy Mall of Gongabu. In the march, the leaders and workers of the party carried banners that read ‘take immediate action against loan sharks’, ‘arrange a directly elected judiciary’, and ‘form a national independent joint government’.

The party has drawn the attention of the government with demands such as ensuring health, education and employment, a directly-elected executive president, and stopping the misuse and privatization of public property.

The party has objected saying that Kathmandu’s waste management is being politicized and that it is a violation of the right of the people to live in a clean environment.

People are looking for an alternative to the current parliamentary system and even if people like Harka Sampang and Balen Shah come to power, the party has decided that no problem can be solved until the current system is improved.