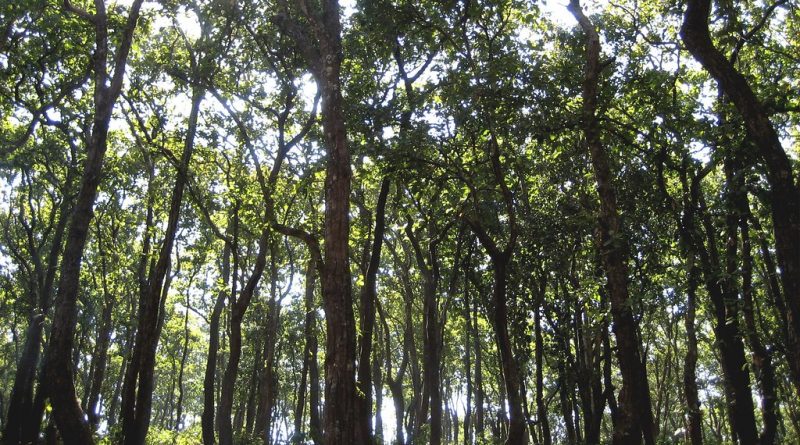 Maoists are developing a new ‘base area’ in the dense Amarkantak forests to operate in Maharashtra, Madhya Pradesh and Chhattisgarh (MMC), just like south Abujhmaar forest, a ‘base area’ for the CPI (Maoist) in Bastar region, say Chhattisgarh police officials.

Amarkantak is where the Vindhya, Maikal and Satpura ranges converge in Madhya Pradesh and Chhattisgarh. It is also the source of the Narmada river. Amarkantak is known for Hindu temples and is marketed as Teerathraj (king of pilgrimages) by MP and Chhattisgarh tourism departments.

But in the past few years the presence of Maoists has increased in the region which is also home to the Kanha tiger reserve. Police officers privy to the development said Maoists have surveyed the forests to map water bodies, high points to watch movement of troops and police stations in a bid to create a safe zone.

Police say the Maoists are focusing on strengthening local intelligence by winning the trust of the tribals of the region, police officers said, adding that the rebels in their internal communications have claimed that the new zone was being created on demand of the local people.

“Surrendered Maoists including Pahaad Singh have told us the decision for developing Amarkantak as ‘base area’ was taken in 2016 in which the Central Committee members of CPI (Maoists) including the head of MMC, Deepak Teltumbade, was also present,” said a senior Chhattisgarh police officer, who did not wish to be named.

Singh surrendered in December 2018 and according to him Teltumbade moves around with 12 bodyguards. He carries a bounty of Rs 1.37 crore announced by the governments of Jharkhand, Chhattisgarh, Madhya Pradesh and Maharashtra.

Unlike several other tribal dominated areas in Chhattisgarh, Jharkhand and Maharashtra, the officer quoted above said, Amarkantak is “highly inaccessible” because of its tough hilly terrain and provides “adequate safe haven” for the senior leadership of Maoists, who are under pressure from security forces in Jharkhand and Bastar region of Chhattisgarh.

“The Amarkantak forest in Chhattisgarh is inaccessible for security forces because there are not many roads. Distance between two police stations is about 30 to 40 kilometers. The population there is also very less, which makes tracking the movement of Maoists difficult,” said a senior Indian Police Service (IPS) officer.

The IPS officer quoted above said the rebels are getting support of tribals as their displacement and harassment by lower-rung forest department employees is an issue there. “This is some disenchantment among tribals which needs to be addressed,” admitted a superintendent of police of a district, in which Amarkantak falls, requesting anonymity.

Police officers said this disenchantment was helping Maoists as tribals are supporting them to build cadre for local intelligence, key to control a region.

An officer in state intelligence bureau (SIB), who was not willing to be named, said that the exact number of Maoist cadres in the region is difficult to judge. “We have information that Vistaar Dalam of MMC zone was active in the region and there number is sizeable. Most of the cadre was recruited from south Bastar,” the SIB officer said, adding that a document seized from Maoists in December 2019 suggested that there were about 200 rebels in the MMC.

Chhattisgarh’s director general of police (DGP), DM Awasthi, said the police in that state and Madhya Pradesh are devising strategies to deal with the Maoists in Amarkantak Hills.

“A large part of Amarkantak falls in Madhya Pradesh and in two districts of Chhattisgarh and we had a meeting with officers of both the states recently. We are devising a strategy to deal with their presence and SPs in the two states have been alerted about Maoist movement in Amarkantak,” the DGP said.