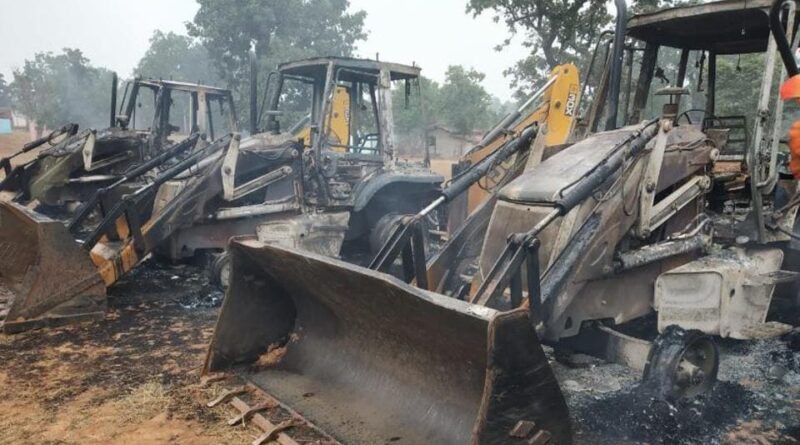 The incident took place at Jargi village under Sudra Gram Panchayat, around 85 km from Phulbani on October 24.

Cadres of the KKBK (Kandhamal-Kalahandi-Boudh-Nayagarh) Division of the CPI (Maoist) were involved in the raid, police said.

A squad of 20-25 Maoists set fire to two tractors, two earth movers and other equipment that were being used for road construction, a police officer said.

The Maoists had on October 23 executed a tribal man, suspecting him to be a police informant, at Ambabadi village, SDPO R. Raghavendra Reddy said.

The Maoist action is suspected to be an act of revenge over combing operations and encounters conducted by police in the area, officials said.