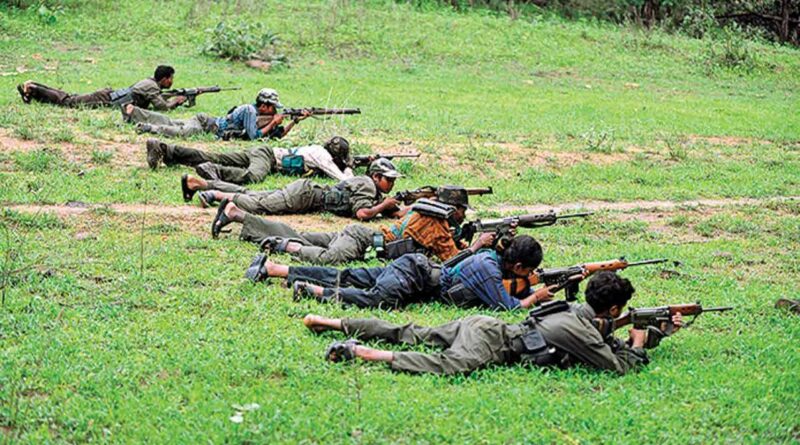 West Singhbhum District, April 5, 2022: A squad of CPI (Maoist) cadres used arrow IEDs (improvised explosive device) while launching an attack on a CRPF camp under construction in Toklo thana area in West Singhbhum district late on Monday night. The Maoists used the arrow IEDs to make their presence felt in the run up to the 24-hour Jharkhand bandh they called for Tuesday.

“The Naxals had shot two arrow IEDs which blasted but failed to make any impact as the IEDs dropped much ahead of the camp. The rebels wanted to destroy the under-constructed camp being set up near Vernia village in Toklo,” said West Singhbhum superintendent of police Ajay Linda while talking to The Telegraph Online.

Later during the combing operation, the police recovered three unused arrow IEDs which were disposed of by a bomb disposal team.

Elaborating on the new explosive device, Linda said the Maoists rarely use such devices.  “An arrow IED is shot from a bow and meant to cause huge fire at any infrastructure. Such a device is made of explosives of very low intensity and has a range of maximum 100 metres, ” said the superintendent of police.

Linda pointed out that the Maoists failed to inflict any harm on the camp under construction, while in shooting the arrow IED, they had kept themselves at more of a distance than was necessary.  Significantly, the CPI (Maoist) has given the bandh call in protest against the arrest of senior party leader Kanchan Da in Assam state recently.

Police and paramilitary forces are carrying out an anti-insurgency operation across Kolhan division, including on the NH-33 and also in railway network of the region.