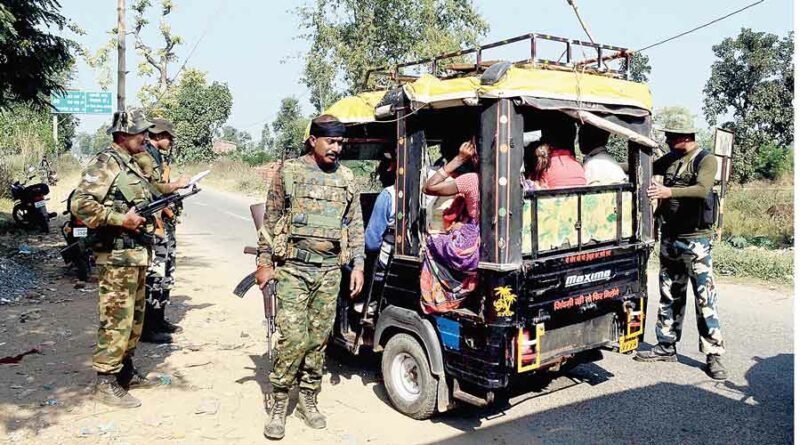 Ranchi District, April 6, 2022: The call for a day-long bandh given by the CPI (Maoist) passed off without incident in Jharkhand state where the security forces remained on high alert to neutralize any threat of violence by the Maoists.

The CPI (Maoist) had announced the bandh in four states Jharkhand, Bihar, West Bengal and Assam to protest the arrest of Arun Kumar Bhattacharya alias Kanchan (65), a member of the CPI (Maoist) Central Committee and Eastern Regional Bureau. A large number of security forces were deployed in the sensitive localities and rail tracks were secured. The Jharkhand police and CRPF jointly carried out long range patrolling and area domination exercises in affected districts.

IG (Operations), Amol Vinukant Homkar informed that the bandh had no impact and no untoward incident was reported from any part of Jharkhand. Security forces carried intensive operations and stepped vigil at Parasnath, Jhumra, Budha Pahad, Saranda, Sarju and other strongholds of the CPI (Maoist).

But the impact of the bandh was seen in Khunti district where the bus and trucks remained off the road. Besides, block offices in remote areas had a very low footfall of people. For instance, Murhu block office bore a deserted look.

During the operation, security forces arrested Dangur Sundi who is allegedly a member of the armed squad of Sagen Angadia who is the area commander of the CPI (Maoist) in Kolhan Porahat area.

Justifying the bandh the Maoists claimed that the police were treating Kanchan Da in an inhumane manner. He is being tortured and medical facilities are denied to him. The CPI (Maoist) demanded the status of political prisoner for him and his unconditional release.

Assam Police arrested Kanchan (65) from Guwahati on March 7 in a highly secret operation planned by intelligence agencies. Bhattacharya is also known by the other aliases Jyotish and Kabir.

A native of Shivpur Shalimar of Howrah district of West Bengal he was among the top ideologues and strategists of the CPI (Maoist). But details of his whereabouts and photographs were not available to the police. He was very active in Jharkhand. After Maharaj Pramanik surrendered before the Jharkhand police in January this year, he shared much information with the police about Bhattacharya. He provided Jharkhand police and intelligence agencies his picture as well as his current location.

Accordingly, Jharkhand police shared intelligence inputs with Assam Police and a strategy was planned to catch him.

After the arrest of Prashant Bose and his wife Sheela Marandi in November last year, Bhattacharya was given the responsibility of the Eastern Regional Bureau of the CPI (Maoist). Further, he was given additional responsibility to strengthen the organization in Jharkhand, Bihar, and West Bengal.

Prashant Bose was a member of the politburo of the CPI (Maoist), heading the Eastern Regional Bureau of the party.