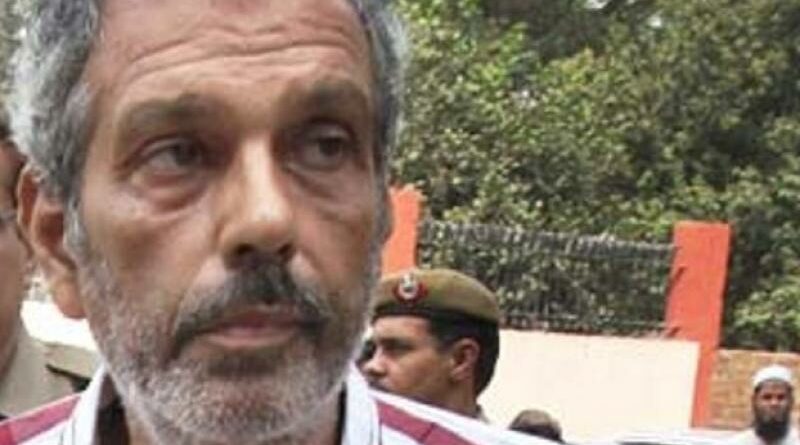 Warangal District, November 30, 2021: The CPI (Maoist) has expelled its politburo member and senior most leader Kobad Ghandy accusing him of abandoning the ‘dialectical and historical materialism, principles of Marxism and class struggle” and “for selecting the way of getting happiness through mysticism.”

In a press release dated November 27, 2021, party national spokesperson Comrade Abhay said that the Central Committee was expelling Kobad Ghandy from the CPI (Maoist) for his anti-party activities, mainly for writing a book named ‘Fractured Freedom-A Prison Memoir’ and released it in 2021 after his release from jail in 2019, and announced that they would soon release an answer to the Kobad’s ‘Fractured Freedom–A Prison Memoir’.

Comrade Abhay also stated that the party had understood that Kobad Gandhy was completely separated from Marxism-Leninism-Maoism (MLM).

“He (Kobad) also stated that these three aspects of life that have to be woven into any project for change that did not reflect in his 40-year revolutionary life, so put this as goal post before going to change the world. He is also saying that the essence should be grasped from bourgeoisie moral stories. In this way, by selecting the idealist path he is dishonestly saying that there is no happiness and freedom in the Marxist way of practice that is why Marxism is failed in reaching its target,” Comrade Abhay said accusing him of wrongly explaining and commenting on Marxism-Leninism-Maoism.

“The Kobad’s mysticism is only related to the feudal and bourgeoisie ideology but it has no relation to Marxism which is more scientific in philosophical aspect. Kobad followed Naxalbari politics for more than 40 years and continued as the CC member of the CPI (ML) Peoples’ War Group (PWG) and acted as Maharashtra State Committee member and later continued as the politburo member of CPI (Maoist) until his arrest in 2019. He had lost integrity and tried to satisfy the ruling classes. After releasing from jail he did not contact the party, without discussing the party and violating the party constitution, democratic centralism and ideological principles, he wrote and released the book. This is all displaying the anarchist tendencies in Kobad Ghandy. By this book he is trying to inculcate pessimism in the revolutionary camp and false allegations against the Maoist party,” Comrade Abhay said.

“ When the fascist Modi government is trying hard to root out the revolutionary movement until 2022 by intensifying the Samadhan-Prahar military campaign, Kobad released his book in the service of the ruling class. He explained in the book that he had a good companion with the criminal world and jail authorities and had a comfortable life in prison. Without shame, he openly praised the criminal gangs and jail authorities. He falsely alleged that the Maoists had close links with the mafia and often led them in jail,” he said.

“By rejecting the revolutionary politics, he has stepped into the mire of bourgeoisie idealism. He belongs to an upper-middle-class family. He came into the party from the national bourgeoisie class. He has grown up in the corporate world. He studied in Doon’s school. He studied in Landon for some time. He was influenced by the Naxalbari movement and ultimately joined in the revolutionary movement. He emerged as one of the leading members of the Maharashtra movement. He studied Marxism-Leninism in the library in Landon, where Karl Marx had studied in The Doon School. But he failed in applying the theory to the concrete conditions,” the CPI (Maoist) spokesperson said.

“After 40 years, he (Kobad) went back to the rotten semi feudal-semi colonial system of society. He is saying that this ‘return’ is a great happening. Kobad joined with those Marxists like Bernstein and Dangay that were agreeing with Marxism in words and opposing the main principles of Marxism in deeds. So the central committee is expelling Kobad Ghandy from the party,” Comrade Abhay added.