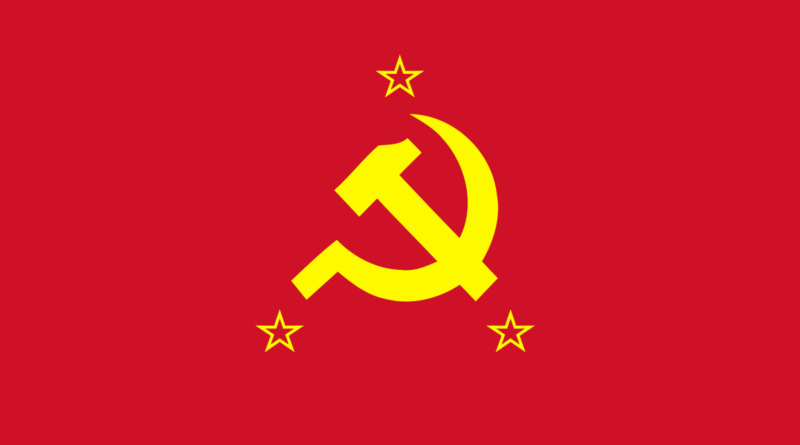 The upcoming 53rd anniversary of the establishment of the Communist Party of the Philippines (CPP) on December 26 will be celebrated by tens of thousands of Party members, Red fighters, activists and the revolutionary masses across the country.

Why is the Party’s anniversary being celebrated? Because the Party and the people’s democratic revolution represent hope to the millions of people who are fed up with rotten ruling system and who daily suffer from poverty and hardships. Because the revolution is a beacon that shines bright amid the dark reign of tyranny.

They include workers and peasants, petty-bourgeois intellectuals, women, teachers, nurses, ordinary employees, transport drivers, small professionals and low-income earners, members of the LGBT+ community, unemployed people in both cities and rural areas and other oppressed and exploited classes and sectors.

They are inspired by the Party and its program for people’s democracy and socialism to get organized, take action and struggle for genuine change–to end almost a century of the semicolonial and semifeudal system lorded over by the US imperialists, big bourgeois compradors, big landlords and their armed terrorist brutes. By waging revolution, the Filipino people are hopeful that their centuries-long yearning for national freedom will finally be attained.

What is going to be celebrated on the Party’s anniversary? There is a lot to celebrate in the upcoming anniversary of the CPP. We celebrate how the CPP grew from a small group of proletarian revolutionaries to a Party with tens of thousands of cadres and members that are deeply rooted among millions of people.

We celebrate how the Party has built the New People’s Army which the broad peasant masses rely on when they need doctors and teachers, or farm hands to help in their fields, and fighters to defend them against the fascist terrorism of the ruling classes. Let us celebrate the mutual love of the peasants and the people’s army–indeed, a few million peasants will celebrate their big and small victories in waging agrarian revolution through the past five decades together with the Party and NPA.

We celebrate how the Party and the people have built the organs of political power, the embryo of their new democratic government, where the corrupt and the rotten has no place, where there is genuine democracy and where officials are directly elected by the people in their assemblies. Under the people’s democratic government, they enjoy true and direct democracy, unlike the pseudo-democracy of reactionary politics and elections, where fraud, violence, chicanery and money rule.

We celebrate how the programs and policies of the people’s democratic government and the Party promote the interests of the people. Under these programs, landlords are prohibited from exploiting the peasants, usurers are prohibited from fleecing the needy and plunderers of the environment are punished and driven away. People are guided and taught to work together on the land to pool their labor and resources to maximize productivity. Under the people’s democratic government, public funds go to education and literacy programs, to buy medicines for the sick and to contribute to the armed defense of their communities.

We celebrate how the people, inspired and guided by the Party, have built their unions, their peasant associations, their student councils and groups, and other forms of organizations to fight and defend their interests. With its ever shining light, the Party has helped raise the courage and determination of workers and other sectors to fight for higher wages and jobs, to defend their homes and land, defend their right to education, to freely express their opinion, for press freedom, and other basic civil, political and socioeconomic rights.

The hardline reactionaries, of course, will say the CPP has nothing to celebrate. They weave endless lies to vilify the CPP and NPA as “terrorists”–an accusation that boomerangs on them every time they use their jet fighters and attack helicopters to drop bombs and fire their machine guns from the air, every time they fire their cannons, every time they massacre peasants and kill their leaders, and every time they hamlet villages, impose a food blockade, prevent peasants from working their fields, and threaten and intimidate the people with their weapons.

As in the past, the reactionaries will claim that the Party, the NPA and the revolution are “a spent force.” They are spending billions of pesos in public funds and trample on people’s democratic and legal rights in their desperation to paint a false picture of “thousands surrendering to Duterte” inadvertently contradicting their claims that the revolution does not have the support of the people. Their recent claim of “more than 20,000 have surrendered,” however, is a mere drop in the bucket as the mass base of the NPA easily runs to a few million people in the countryside.

This year, we will celebrate how the Party, the revolutionary forces and people have fought back against the onslaught of state terrorism, how they are standing up for their rights and how they are showing determination despite the brutal murders and rampant violations of people’s rights committed by the reactionary state forces.

Let us celebrate how the Party and the revolution have so far frustrated Duterte and his armed minions in their declarations of decimating or crushing the Party and NPA “by the end of the year,” repeated ad nauseam since 2017 and later readjusted “to the end of Duterte’s term” in 2022.

Let us celebrate how the Party, the NPA and the allied organizations of the National Democratic Front of the Philippines (NDFP) continue to recruit new cadres, new Red fighters, new revolutionary activists who are educated by the brutal realities of Duterte’s tyranny to fight back and join the people’s democratic revolution.

Let us also celebrate international proletarian and anti-imperialist solidarity–the unity of all forces fighting for national and social liberation across the world. The CPP and the Philippine revolution is only one among the numerous revolutionary movements across the world fighting the imperialist giant and all the oppressive and reactionary forces.

Where will celebrations of the Party’s 53rd anniversary be held? Celebrations for the Party’s upcoming anniversary will be held wherever there are branches of the Party, units of the NPA and chapters of revolutionary mass organizations: in factories, docks, malls and other workplaces, in communities of the urban poor, inside private homes, in school campuses, in hospitals, in government offices, among migrant Filipino communities overseas, and of course, in the guerrilla zones and base areas among the rural communities and mountains camps of the NPA.

On December 26, all CPP cadres and members are urged to unfurl the Party’s red flag and once again take their oath to reaffirm their commitment to serve the proletariat and people, to make the necessary sacrifices, surmount all obstacles, and advance the people’s democratic revolution until victory.