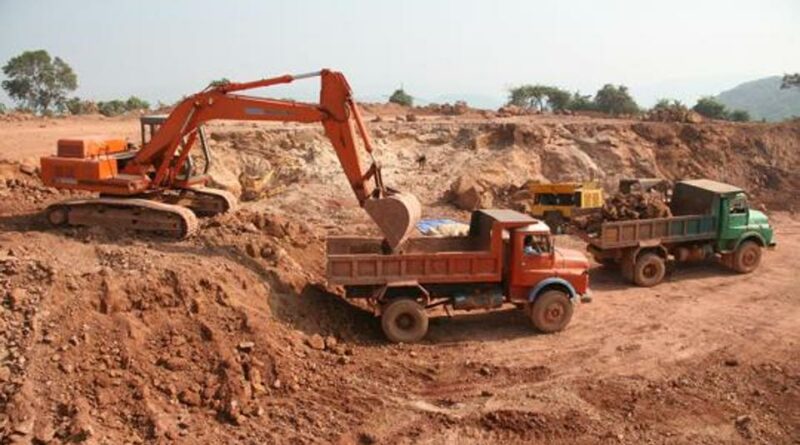 Visakhapatnam District, August 2, 2021: The CPI (Maoist) have given a call for a State-wide bandh in Andhra Pradesh on August 10, in protest against the alleged illegal mining of laterite and bauxite in the Agency areas of Visakhapatnam and East Godavari districts.

In a letter released by the Maoist party’s AOBSZC (Andhra Odisha Border Special Zonal Committee) Secretary Ganesh on Monday, the Maoists appealed to the tribals in the region and people from all sections of the society to participate in the bandh and make it a success.

They have also urged the tribals from the affected villages to take a militant stand and drive away the mining companies and have also asked them to destroy the trucks and heavy earthmoving equipment that are being used for mining.

The Maoists pointed out that the mining of laterite over 121 hectares at Bhamidikaloddi village in Sarugudu panchayat of Nathavaram mandal in Visakhapatnam district, was allotted to one tribal by name J. Lakshmana Rao, who is actually a benami of some influential people in the plain areas.

According to the Maoists, the mining lease was given in February for a period of 15 years and annually about 10 lakh cubic meters of laterite will be mined.

The Maoists alleged that bauxite was being mined under the garb of laterite mining in the Yeleswaram forest range in East Godavari district.

They alleged that the YSR Congress Party leaders in connivance with the police and the Forest Department have formed a mining mafia and urged the tribals to take up a violent agitation if required to throw them out. They also assured to extend their support to the agitation.

Comrade Ganesh alleged that the mining company had laid a 32-foot wide road in Yeleswaram to facilitate the trucks to carry bauxite and in the process had destroyed thousands of trees and caused huge ecological damage.

The Maoists alleged that the road was laid without obtaining the permission from the authorities concerned, including the Forest Department, and it was against the Forest Conservation Act.

They also alleged that the mining company has been bribing the local tribal leaders and social media activists and greasing their palms to make sure that there are no protests and the mining goes on smoothly.

According to them, Chief Minister Y.S. Jagan Mohan Reddy had revoked GO 97 on bauxite mining but has passed GO 89 to facilitate it also. They called it ‘double standards’.

The Maoists also urged the tribals not to allow the police to organize volleyball tournaments and medical camps in the interior villages, as in the garb of doing so they were actually trying to protect the roads constructed to facilitate mining and aid the company.

The Maoist also urged the tribals to oppose the NGT’s joint committee and said the enquiry would be a farcical affair.

Apart from giving the bandh call, they demanded that the construction of the road be stopped.