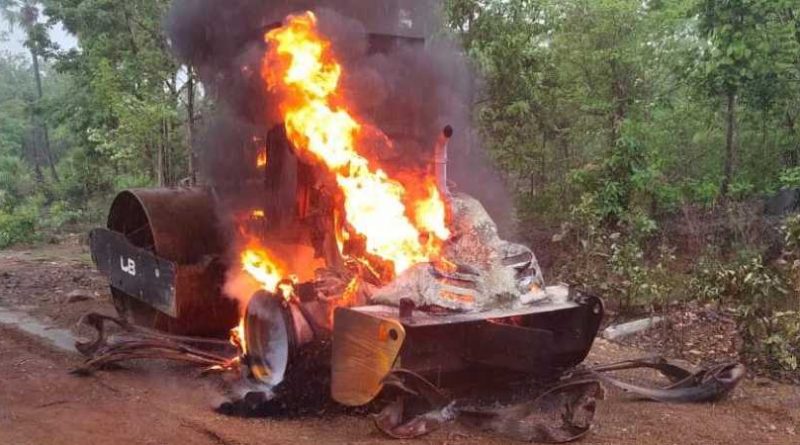 GAYA: Maoists, suspected to be members of the armed squad of the CPI (Maoist) torched two vehicles, including a tractor used for carrying construction material under the Banke Bazar police station area in Gaya district late on Thursday evening. The tractor was returning after unloading cement bags at the nearby construction site. No harm was caused to the tractor driver.

The Maoists also left behind a hand note challenging the police. The fight against ‘police atrocity’ will continue, the hand note reads.

Confirming the incident, Gaya SSP Rajiv Mishra said, “No major damage happened during the incident. Raids are being held to nab the culprits,” he said.

Locals claimed that once considered as part of the ‘liberated zone’, Banke Bazar area has in recent years registered a distinct decline in acts of Maoists-led sabotage and subversion.