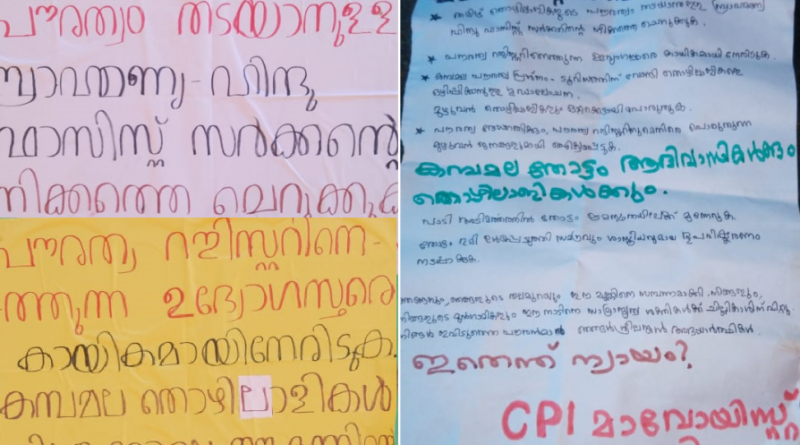 According to the police, the gun-toting group, including three women, of the banned CPI (Maoist) reached the Kambamala tea plantation near the forest around 2pm. They distributed printed anti-CAA notices to the plantation workers and also pasted hand-written posters on the walls of the employee quarters.

Kalpetta : The notices called for armed revolt against those behind the CAA and NRC, said the police. The gang spent around 30 minutes among the plantation workers, before returning to the forest by shouting slogans.  The police have recovered around 25 notices distributed by the gang from plantation workers. They have also identified a person among the gang as Raman. The police registered a case under Unlawful Activities Prevention Act (UAPA) in connection with the incident and launched an investigation.