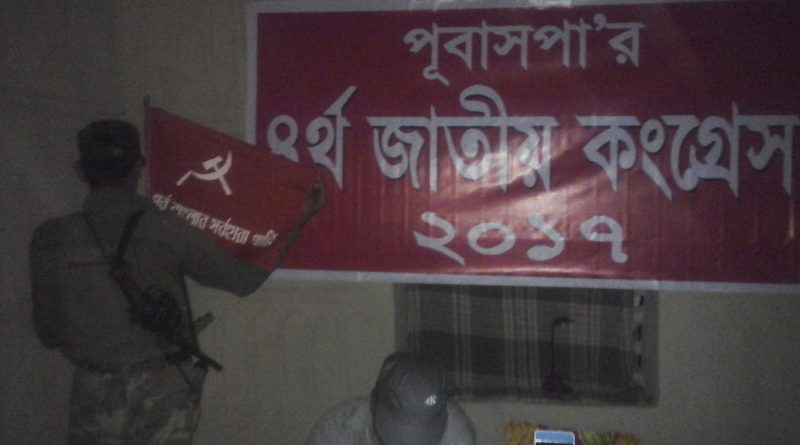 We are highly glad to inform all the party members, activists and guerillas, sympathizers, supporters of the party and all the revolution-loving people that, very recently, 4th National Congress of the Party has been successfully held and completed.

This Congress has done efficiently all its responsibilities bestowed upon it with vigilant armed guard of the party-guerillas and clandestine-tactics with the participation of delegates and observers from­ all the branches and divisions of the party.

The leaderships of the armed struggling regions (primary guerrilla zones) as representatives took part in the Congress, as well as the comrades who are working in the cities and mass front. With the representatives from the peasant regions, the representatives of the workers, intellectuals and student fronts participated here. Indigenous comrades from the plain and hilly areas took part side by side with the big Bangali Nationality leaders and activists. Some women comrades—among whom were veteran and the younger generation leaders and cadres, participated in the Congress. From the young aged leader-activists to the aged comrades made the Congress programme diversified with great enthusiasm.

The Congress started functioning with hoisting the red party flag painted with hammer and sickle. And the Congress was announced to an end with the party-flag down and the singing of Communist International song. 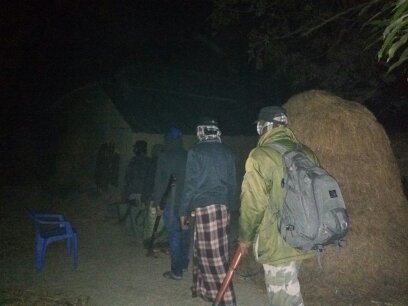 First of all, one minute silence was observed in standing position in memory of the martyred and the deceased comrades.

Then the Congress proposed the “Obituary” in the memory of the martyrs and the late Maoist revolutionaries of the country and the world, and countless worker-peasant-masses and the struggling people all over the world killed by the oppression of the reactionaries. With some corrections and additions, the proposal was adopted.

Then the vital “Political Report”, which was submitted by the former Central Committee within the party for study-debate and opinion, was adoted with some ammendments.

Besides this, some ammendments to the party Constitution was also adopted by the Congress.
Congress also discussed the “brief Organisational Report”, submitted by the former Central Committee, and various comrades expressed their opinions on it.

Due to security reasons, decission was taken not to invite the international fraternal parties and the friendly organisations and personalities of the country in the Congress. As a secret revolutionary party, we have various limitations within the fascist repression of the state and enemies in arranging a huge event like Congress. For this cause, this decission was taken. The former Central Committee regretted for this. However, the Communist Party of Nepal, led by Comrade Biplob, knowing this through special channel, sent a massage. And knowing this at the last moment, India’s Maoist Party, CPI (Maoist), also greeted verbally. Nepal Party’s message was read out at the Congress.

Soon the newly elected Central Committee will finalize and publish the documents adopted by the Congress. 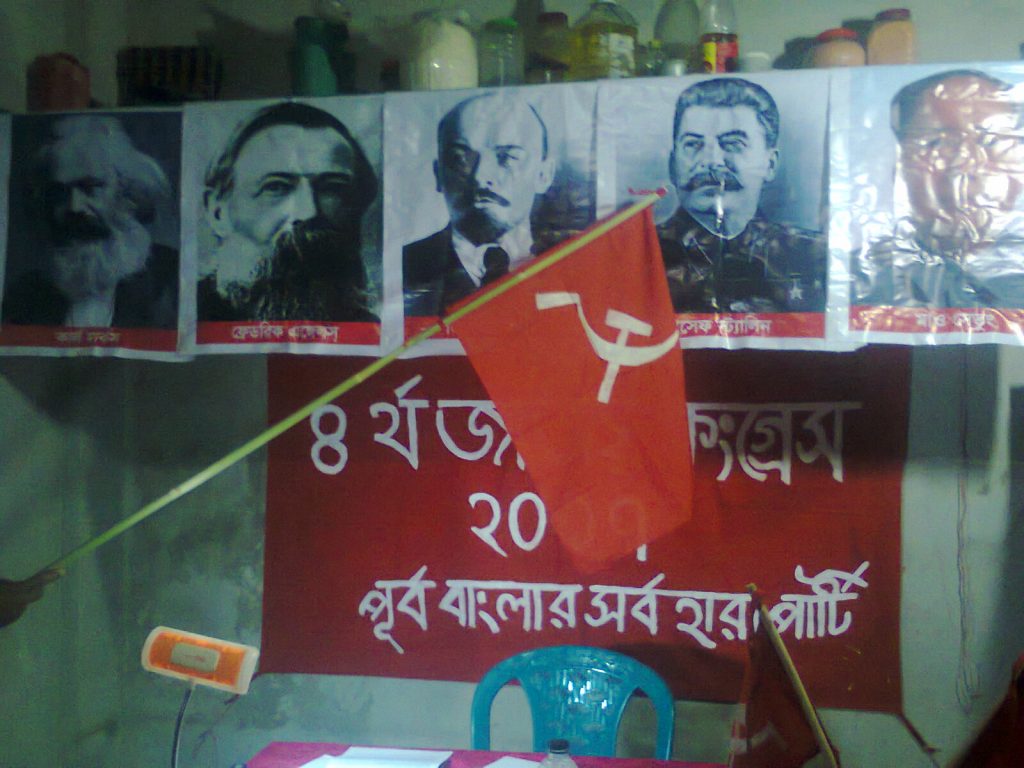 Huge amount of money was needed to hold the Congress. This was accommodated by all the party-branches. Many cadres and sympathizers took part in it. They played an important role in the successful arrangement of the Congress by this important financial support with required secrecy. Congress and the Presidium thanked all concerned for this important contribution.

At the sametime, they thanked all the party-branches, leaders, cadres, guerillas and the people, who were associated with the management of the Congress. Their hard work and awareness made this Congress successful in the midst of repression of the state and the enemies.

“4th National Congress” will have widespread effects to reconstruct domestic and international communist movement and develop the revolution of Purbo Bangla—these were the views expressed by the comrades in their brief speech in closing session of the Congress.