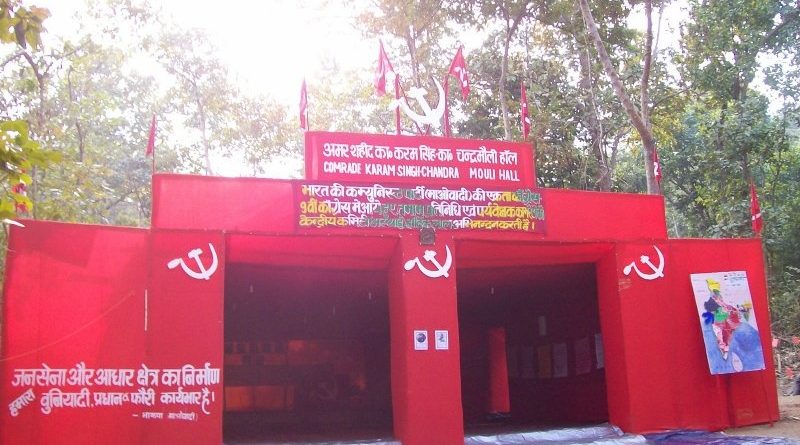 Hyderabad: Telangana and AP police have sounded an alert in districts sharing their border with areas where Maoists are active in Chhattisgarh and Odisha. This is due to the 15th formation day celebrations of CPI (Maoist) party and 50th formation day celebrations of two left-wing extremist parties — CPI (Marxist-Leninist) People’s War or People’s War Group and Maoist Communist Centre (MCC).

While CPI (ML) was established on April 22, 1969, MCC was formed on October 22 the same year. People’s War Group and MCC merged on September 21, 2004 to form CPI (Maoist) party. The party declared that it will observe the the formation day celebrations till November 7.

Meanwhile, the Maoist party said that it has lost 16,000 armed cadres over the years and has decided to launch ‘party consolidation’ campaign. Experts said that the number of party workers has dwindled and their presence is restricted to a few pockets in Chhattisgarh, Jharkhand and along Andhra-Odisha border. Incidents involving Maoists have also decreased over the years.

In a statement issued to the media on Monday, the Maoist party said that it is common for any revolutionary movement to witness setbacks and that it would fight against Hindutva forces. “The party would never die as as claimed by several state governments,” it said.

Former director general of Sashastra Seema Bal, MV Krishna Rao, told TOI, “Maoism is still a popular ideology. Currently, Maoists are in retreat mode in Telangana and and Andhra, but they are still active in some areas along the borders. They are still active in Chhattisgarh. The leaders are mainly from the two Telugu states. We cannot say that Maoism has disappeared, it still exists. However, today, they are unable to carry out violent attacks like before.”