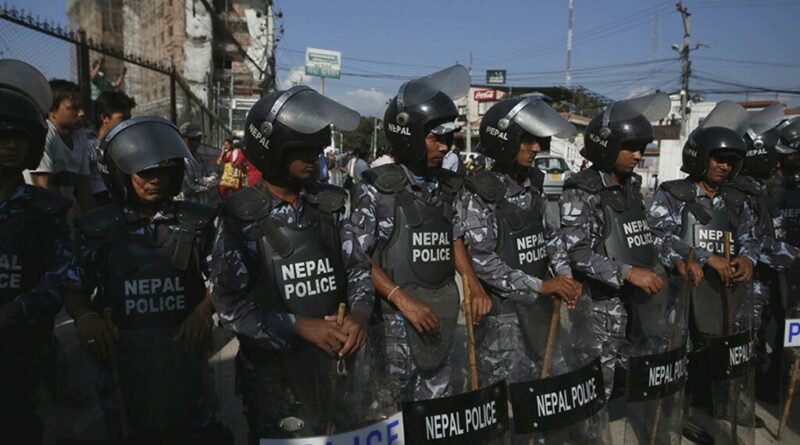 Kathmandu, November 9, 2022: Nepal Police have started arresting cadres of Communist parties and other political parties for their involvement in various activities aimed at disrupting the upcoming November 20 federal and provincial elections.

Nepal Police headquarters informed that they had so far held more than 60 cadres of political parties that openly declared they would boycott and disrupt the elections. Among the arrested, a case has been filed against five people for possessing arms and ammunition, while others were arrested on the charge of disrupting social peace.

The people accused of carrying arms and ammunition are cadres of Communist Party of Nepal-Maoist led by Amrit Sapkota.

Similarly, cadres of Communist parties such as the CPN led by Netra Bikram Chand, CPN led by Rishi Kattel and the Scientific Socialist Communist Party led by Vishwabhakt Dulal that publicly declared they would boycott and disrupt the elections have also been arrested, many of whom were released on the condition that they would discontinue such activities.

“We must acknowledge that these arrests are not of serious concern as we normally arrest people for carrying arms and ammunition and those disrupting social peace. So, we are confident that election will be conducted in a peaceful manner,” said Nepal Police Spokesperson DIG Tek Prasad Rai.

The government has implemented a special ‘integrated security plan’ to prevent any untoward incident during the upcoming election. The integrated security plan includes all four security agencies – Nepali Army, Nepal Police, Armed Police Force and National Investigation Department. Security officials of these agencies are mobilized in plainclothes as well as in uniform to bolster security measures.

Meanwhile, Inspector General of Nepal Police, Dhiraj Pratap Singh today directed all the police officials to be on standby to tackle any kind of challenge that surface during the upcoming elections.