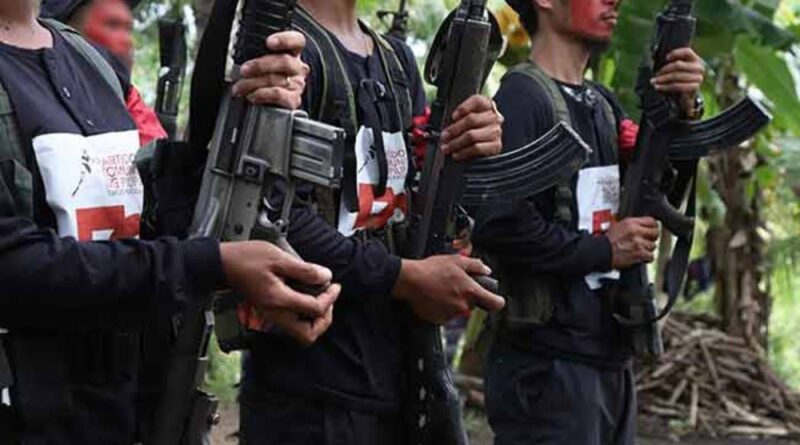 Five elements of the Armed Forces of the Philippines (AFP) were wounded in a series of military actions launched by the NPA-MCC-South Central Negros between February 22 and March 02. Military operations have been going on for over a month along the boundary of Brgy. Carabalan and Brgy. Buenavista– both are part of Himamaylan City.

Two elements of the 94th Infantry Battalion were injured after the NPA launched a sniping operation around 1:30 PM last February 22, 2022 at Sitio Amaga-Cantupa, Brgy. Buenavista. The 94th IB were conducting an operation in the said area for two weeks. Forestlands and households of innocent farmers suspected as members of the New People’s Army (NPA) were searched. After the sniping operation, the elements of the 94th IB were forced to pull-out of the area but were later replaced with new troops.

Another sniping operation was launched at 6 PM last February 28, 2022 against the 94th IB while they were hiding on the highlands of Sitio Cunalom Purok 3 – Gamot. As a result, three army troopers were wounded.

Lastly, around 8 PM on March 02, 2022 heavy quarrying equipment was destroyed in Hilabangan river, an area along the boundary of Brgy. Orong and Brgy. Hilamunan of Kabankalan City. The equipment was owned by the Sabay family, one of the biggest quarry operators in the city. Also, this is one out of over 10 quarrying operations in the area. Their quarrying operation intends to widen the two rivers for the construction of a megadam, also called as Ilog-Hilabangan River Basin Project, displacing more than 200 households. Evidently, quarrying operations result in the destruction of environment, massive dislocation of residences, and loss of livelihood, severely affecting the peasant sector.