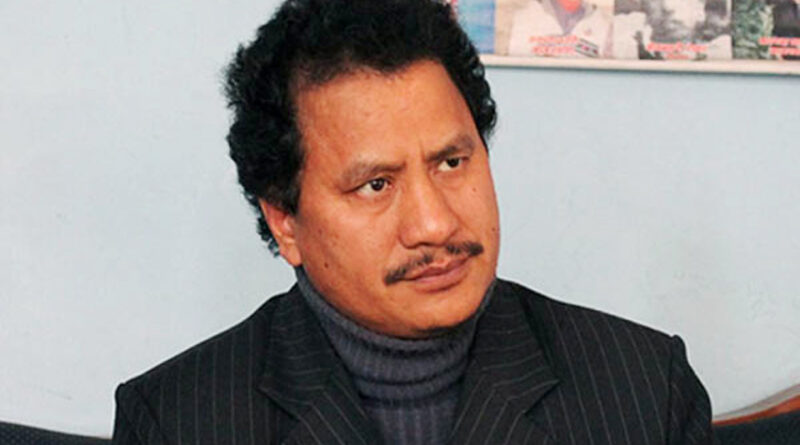 The meeting comes amid Shrestha’s reservations about the Maoist Centre chair Pushpa Kamal Dahal’s decision to ratify the Millennium Challenge Corporation Nepal Compact, which Chand too has opposed. Chand’s party even called a general strike a day after the compact was ratified.

Shrestha and some Maoist Centre leaders have already expressed their dissatisfaction over the passage of the Nepal Compact while Chand and some half a dozen communist parties are still vehemently protesting against the US grant agreement.

Dahal’s decision to backtrack on his position on the American aid has created a crack in the party.

Dahal, during a press conference on Monday, defended the compact and lashed out at some leaders, including Shrestha, for their opposition.

Party insiders say there certainly is a crack in the party but no one is sure whether it will disappear or widen further.

At least four senior leaders of the Maoist Centre, however, have rejected the interpretative declaration and opposed the party’s move to vote in favour of the compact.

But Dahal, during the press meet, said Gurung had no reservations about endorsing the MCC with the interpretative declaration and that he was following the party’s decisions.

“Though Dev Gurung followed the party’s decisions, Shrestha went to the public as if all the people would rally behind him for opposing the MCC,” said Dahal. “After the Mahakali Treaty, Bamdev [Gautam] had split the [UML] party with half of the leaders saying that it was betrayal to the nation, but they received zero votes in the elections,” added Dahal, insinuating that some leaders could quit the party if they wanted to but they would not have a political future.

Since some Maoist Center leaders were not happy with the parliamentary ratification of the compact, Chand went to meet Shrestha on Wednesday morning, and later in the afternoon he went to meet Chairman of the Nepal Majdoor Kisan Party Narayan Man Bijukchhe, another communist leader against the US grant.

“We will register our views and opinions at the Central Committee meeting that is scheduled to begin from Friday,” said Pokhrel. “We will attend the meeting and register our reservations there.”

The Shrestha faction is all set to submit half a dozen points expressing its dissatisfaction at the Central Committee meeting.

“Our chair went against the decision of the party’s recently concluded general convention and decided to ratify the MCC. This is our major bone of contention with the party chairman,” a leader from the Shrestha faction said. “This issue should be deliberated and discussed seriously in the party.”

Other points of dissatisfaction include increasing ideological and organizational crisis inside the party from top to bottom.

“Groupsim is rampant in the party. Favoritism and nepotism rule the roost. It must end,” the leader said, “We do not have ideological clarity as well. Issues of corruption, lack of self-discipline, and increasing violation of the code of conduct in several layers of the party organization has already made us a capitalist party, so the leadership should take these seriously,”

The Shrestha faction is continuously holding consultations and discussions within and outside its own camp on how to present themselves in the upcoming party meeting.

On Tuesday, Maoist chair Dahal held talks with Shrestha and tried to defuse tension inside the party. Shrestha has publicly criticized the MCC ratification and the “interpretive declaration”.

Some Maoist Centre leaders said that besides the MCC compact, there are some old irritants between Shrestha and Dahal.

“There are organizational issues, there are power-sharing issues inside the party and in the government, and now the MCC has further fueled the discord between Dahal and Shrestha,” a Central Committee member said.

“Definitely the MCC saga did not do good to our party and the party’s image so we are seeing the ripple effects,” said Yubraj Chaulagain, a Central Committee member. “If we view things from top leadership’s perspective, I see the current crack inside the party will disappear, but if we see things from the ground level, finding a solution is difficult.”

“Besides the MCC, our party has been confronted with several other challenges and issues for a long time. Since elections are coming closer, any such discord and disagreement will harm the party so party leaders will not take any unpopular decision,” said Chaulagain. “But the way we handled the MCC issue has damaged us, both internally and externally. There is disenchantment at ground level because we held conflicting positions on the MCC.”

There is another set of leaders inside the party that sees disagreement and discord over the MCC issue will likely continue for some time at different levels.

“Since the MCC is a long-term strategic issue associated with American strategic tools, we will keep on debating it,” Dev Gurung, the Maoist chief whip who is a strong opponent of the MCC compact, told the Post. “The ongoing debate and discussion inside the party is natural as we believe in dialectical materialism.”

Gurung ruled out the party will face a split.

“There certainly is disagreement and discord inside the party over the MCC compact’s ratification but I don’t think that will cause a split in the party,” said Gurung. “Since it is related to sovereignty and territorial integrity, it will definitely consume a lot of energy inside the party. The MCC is certainly a strategic issue that the US has been successful in planting here, but we don’t know when our struggle will end. Until the MCC issue becomes irrelevant, we will keep discussions alive because we think this is a long-term fight.”