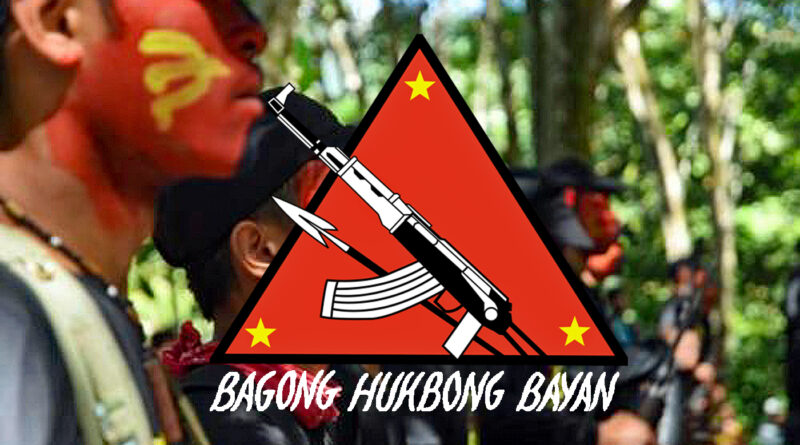 As per investigation of witnesses in Barangay Amin, Isabela, Negros Occidental province, Virgilio Marco ‘Ka Bidam’ Tamban and Ben Jack ‘Ka Yuhan’ Rueles were captured mercilessly fired at, and killed by the 62nd Infantry Battalion and PNP-Isabela at around 3 AM last March 9. The house that the NPA unit stayed in was ransacked, resulting in the immediate arrest and subsequent murder of Ka Bidam and Ka Yuhan, contrary to the AFP’s claims that the two were killed in an encounter.

Additionally, Robert ‘Ka Kits’ Ansino initially escaped, but was wounded after the enemy’s volley fire during the murder. While returning fire and injuring 2 AFP troops, he sustained severe injuries and sought shelter in the nearby village. No longer able to fight, he was caught by the enemy and brought to a hospital.

The NPA team was sent to the area to conduct mass work, to investigate and resolve complaints among the residents in the area, especially after constant military operations caused terror in the villages.

One thing is clear: there was no intention to serve a search warrant on 3 AM. The clear motive of the raid is to murder Tamban and his companions, consistent with their commander-in-chief Duterte’s command to take no prisoners, clearly violating the Comprehensive Agreement for the Respect of Human Rights and International Humanitarian Law (CARHRIHL) . This, however, is no new story for the AFP and PNP, as what transpired in the massacres of Ka Dennis and 4 other comrades in Mabinay last 2020 and Ka Anita and companions Manapla last 2021.

The LPC-NPA salutes Ka Bidam, 23, a resident of Barangay Maniak, Guihulngan City, and Ka Yuhan, 25, from Barangay Jonobjonob, Escalante City. They were both exemplary revolutionaries, despite their young age. Ka Yuhan and Ka Bidam led by example that the youth should take up arms against a state that murders its citizens for the sake of the interests of the elite few. As the true soldiers of the people, their memories will live on and inspire more to take the path they took- the path that is dedicated to build a society of just and lasting peace, a society that can only be built from armed revolution of the oppressed against the oppressors.

Justice for Ka Bidam and Ka Yuhan!
Resist the dirty and brutal war of the US-Duterte regime!
Join the NPA!