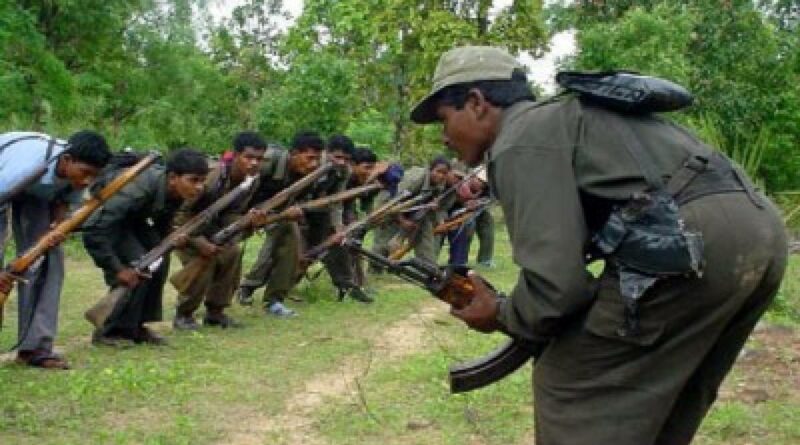 Gaya District, March 10, 2022: Railway operations were disrupted for more than three hours on the Gaya-Dhanbad main route in Bihar state on Thursday after a crude bomb was found on the railway track near Guraru railway station. The explosive was defused by the bomb squad.

The Communist Party of India (Maoist) has claimed responsibility for planting the bomb to make its presence felt. The Bihar-Jharkhand Regional Committee of the CPI (Maoist) had called a Magadh bandh (shutdown) on March 10.

Cadres of the Maoist party distributed letters in the villages under Magra and Imamganj police stations in Maoist-dominant Gaya district warning against the joint operations of the CRPF and the Bihar police in the forest areas of the Gaya and Aurangabad districts.

In a letter, the Maoists have said that the CRPF CoBRA battalion and the Bihar police explode bombs in the jungle, which harms the environment.

Meanwhile, an encounter was under way between the CRPF’s CoBRA battalion and Maoist squads in the jungles of Nagowar and ‘Ek Rupaya’ villages under Imamganj police station in Gaya district since 9 am on Thursday.

Cadres of the Maoist party have also pasted a poster and maintained that as the contractor of the company did not receive their phone call, they have burnt the machine. The party is demanding a levy from the construction company.

The bandh was in effect in Gaya’s Maoist-infested Imamganj, Dobhi, Sherghati and other areas. Schools, colleges, block offices and other government offices were shut in various blocks of Aurangabad, such as Nabinagar, Kutumba, Dev, Madanpur, Rafiganj, Goh, Haspura, Daudnagar, Obra, Barun and district headquarters of Aurangabad.