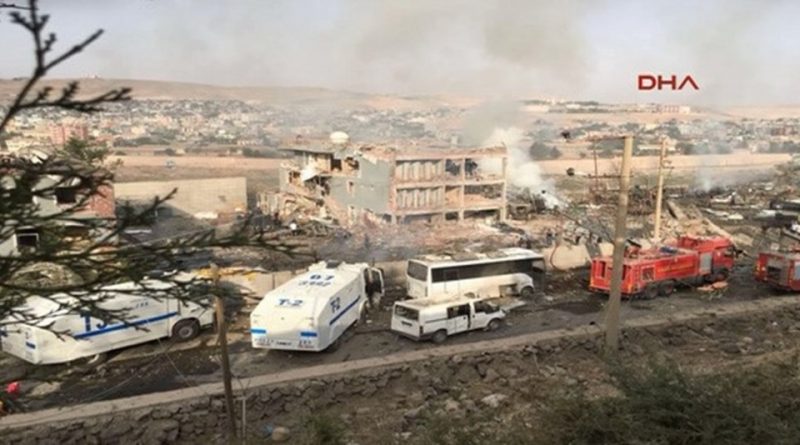 The Turkish military HQ of special operations police, police intelligence and riot police directorate were completely destroyed as a result of a bombing in Cizre’s Konak neighborhood Friday morning.

It is thought the attack was carried out with a truck-bomb by the People’s Defence Forces (HPG) guerrillas of the Kurdistan Worker’s Party (PKK).

More than 300 civilians were killed by Turkish state forces in Cizre in the past year, at least 100 of them burned in basements.

UPDATE:  A broadcast ban has been issued on this morning’s bombing in Cizre which targeted three police targets in the Konak neighborhood.

The broadcast ban by the Turkish Supreme Board of Radio and Television (RTÜK) was reportedly issued to hide the losses suffered by Turkish police forces.

UPDATE: People’s Defence Forces (HPG) guerrillas of the PKK have claimed the attack and said it was a ‘sacrificial action’ against the continued isolation of their leader Abdullah Öcalan.

The statement also claims that “tens of police” died in the attack.