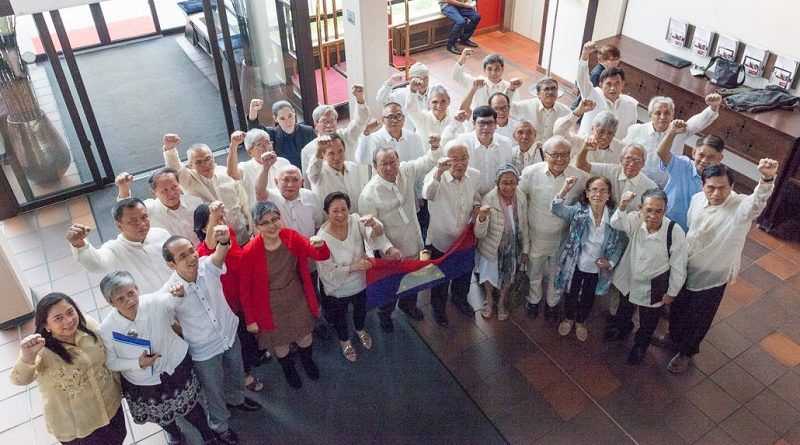 Press release | OSLO, Norway – “The joint statement that you are about to sign is unprecedented and a step toward just and lasting peace,” said Norwegian Foreign Minister Borge Brende, opening the closing ceremonies of the five-day peace talks.

“We further welcome the acceleration of the peace negotiations…Norway is committed to assist you in your way to peace. We are happy to welcome you again in October and I can promise you Indian summer in October,” said Brende.

“I am sure that the Filipino people appreciate the work of the two negotiating panels and that they are elated by the results of the formal talks. These advance their struggle for national and social liberation and for a just and lasting peace,” said Jose Maria Sison, NDFP Chief Political Consultant.

“We cannot achieve this successful and very significant step forward in the peace negotiations without the strong commitment of President Rodrigo Roa Duterte, the spirit of goodwill and friendliness of our counterparts: the GRP Negotiating Panel, its Chairperson Silvestre H. Bello, the panel members and other members of their delegation,” said Luis Jalandoni, Chair of the NDFP Negotiating Panel, in his closing statement.

The Negotiating Panels signed the “Joint Statement on the Resumption of the Formal Peace Talks in the Peace Negotiations” on August 26, just before 12nn, at the Saga Hall of the Scandic Holmenkollen Park Hotel.

The Panels agreed on six points: reaffirmation of previously signed agreements, reconstitution of the Joint Agreement on Safety and Immunity Guarantees (JASIG) list, acceleration of the peace negotiations, releases of political prisoners, amnesty proclamation and ceasefire.

The parties agreed that the GRP would immediately recommend to President Duterte the issuance of an Amnesty Proclamation, subject to concurrence of the Philippine Congress. The proclamation shall order the release of all political prisoners and prisoners listed by the NDFP.

“To the political prisoners, we deeply value your unflinching stand for the people. We rely on your invaluable support. We are resolutely committed to join you and many human rights organizations and peace advocates in pressing for your freedom as a matter of justice,” said Jalandoni.

“This resumption of the formal talks has had the unique privilege of having our newly released NDFP consultants,” said Jalandoni.

The next round of talks in October is crucial because the needed social, economic and political reforms will be on the agenda. Without such agreement on the needed reforms there can be no sustainable and lasting peace.