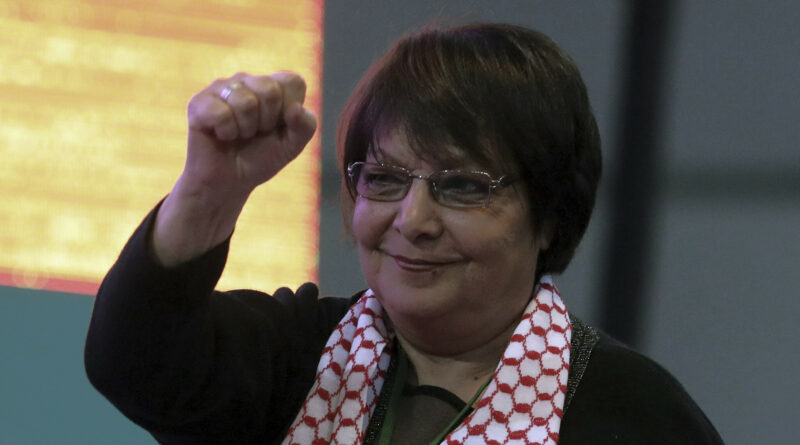 Palestine, May 10, 2022: Senior Popular Front for the Liberation of Palestine (PFLP) member Leila Khaled has described Israel’s threats to assassinate Palestinian resistance leaders as a reflection of the occupation state’s internal crises as well as its security and political bankruptcy.

“The Israeli occupation is trying to export its internal crises to the Palestinian people,” said Khaled. “The Israeli threats reflect the crisis caused by the recent resistance operations against the occupation.”

The resistance icon stressed that the Palestinian operations “are an extension of a wide popular Palestinian uprising in various areas of the occupied interior,” a reference to Israel itself. She pointed out that the resistance leadership takes the Israeli threats “seriously” but does not fear them.

“Assassinations will certainly ignite the gates of Hell in the face of the occupation. In any case, the threat to assassinate Palestinian leaders is not new. The resistance and its leaders and symbols have always been targeted by the occupation. The threats are intended to intimidate our people, and contain the wave of popular anger.”

Khaled laid emphasis on the need to activate a national resistance front, activating all tools of confrontation and engagement with the [Israeli] occupation.

Israel is reported to be planning to assassinate Hamas leaders living abroad, most notably Saleh al-Arouri and Zaher Jabarin.