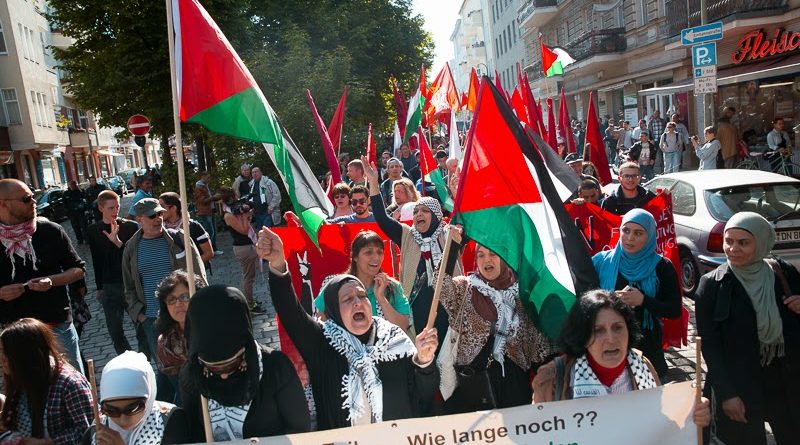 “Nakba” is Arabic, literally meaning “disaster”, and is also what we call the brutal expulsion of the Palestinians from Palestine by the Zionist colonial project of Israel in 1948. Each year, on May 15th, protests commemorate the anniversary of this expulsion.

This year, a left-wing alliance organized a demonstration in Berlin-Neukölln, where 500 people of all origins took part. In addition to the various Left, petit bourgeois and progressive organizations, groups and individuals, there were also many young people from different backgrounds.

In the Sonnenallee, during the demonstration, cars, residents and passers-by greeted and supported the demonstrators. The slogans “Viva Palestine!”, “Long live international solidarity!”, “Intifada to victory!” were yelled, and many Arabic chants were chanted through the streets. The police were present en masse and the riot cops tried to harass youth during and after the demo, for chanting the slogan “Death, death, death to Zionism!”, and unsuccessfully tried to prevent their chants and censor people reading statements.

Neither the Berlin police nor the small numbers of reactionary provocateurs from Anti-Deutsch succeeded in disrupting the Nakba demonstration. The Zionists’ continued occupation of Palestine, and their aggression against and oppression of the masses will provoke more determined resistance and foment the national liberation struggle of the Palestinian people.

Intifada to victory!
Death to Zionism!
Freedom for Palestine! 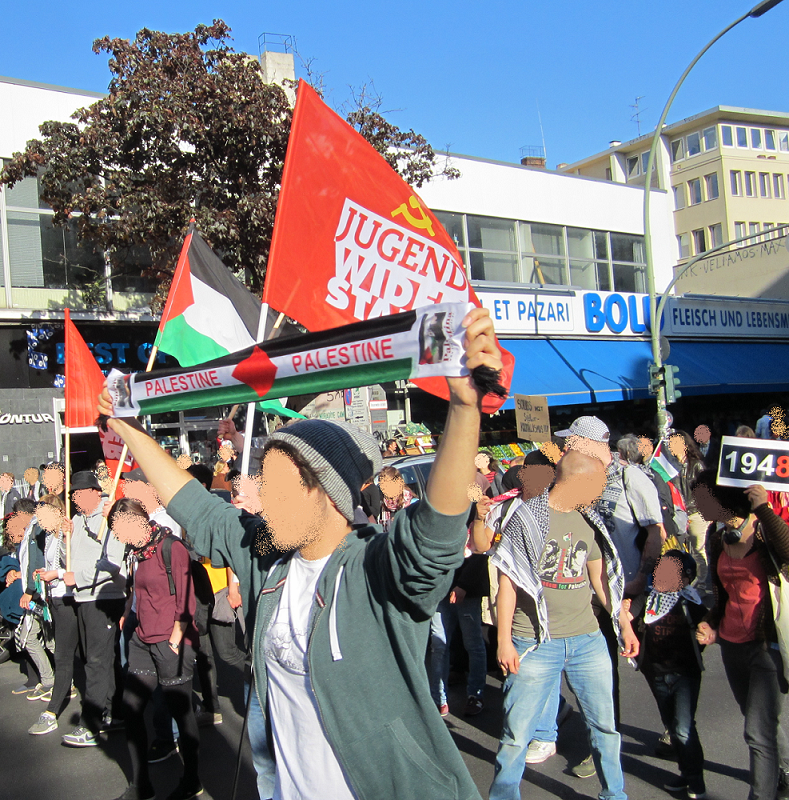 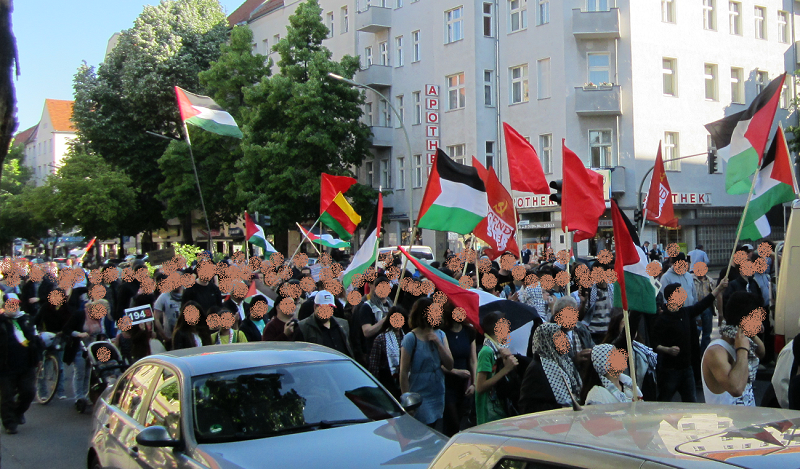 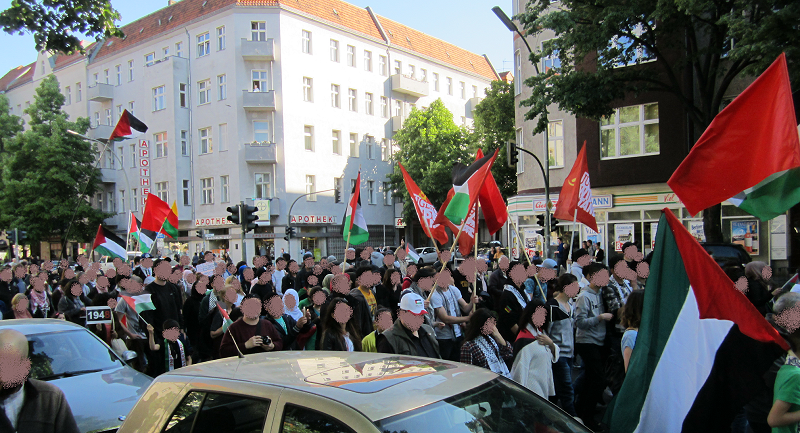 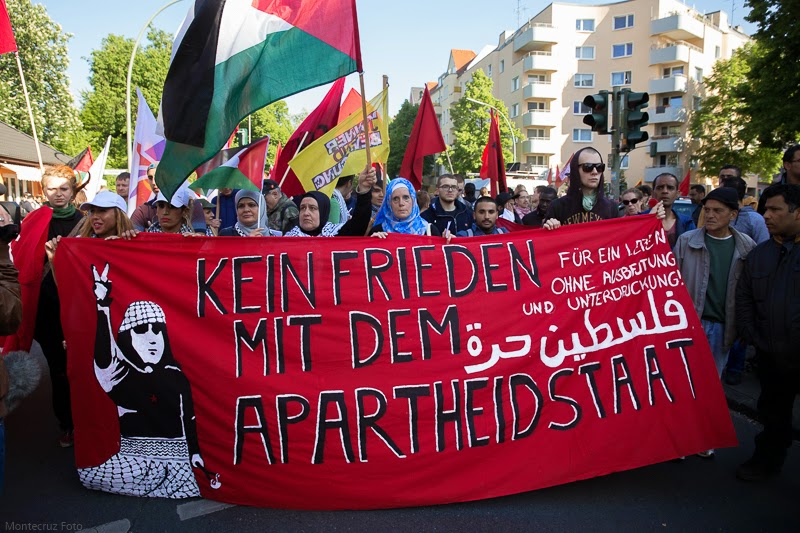 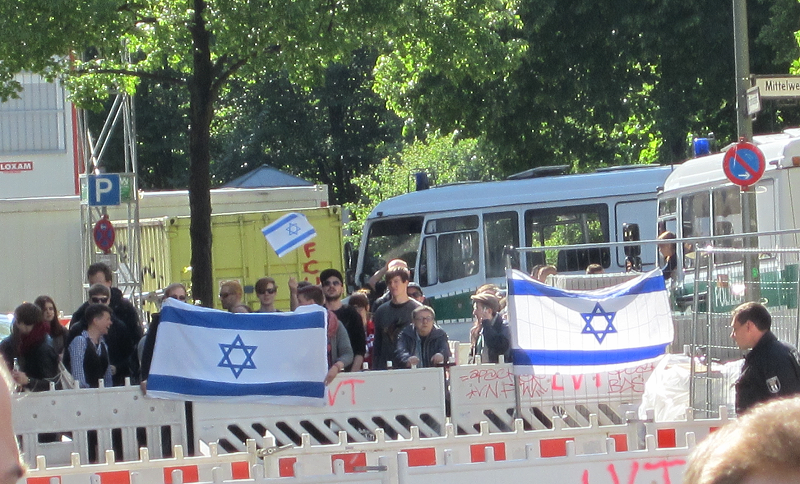 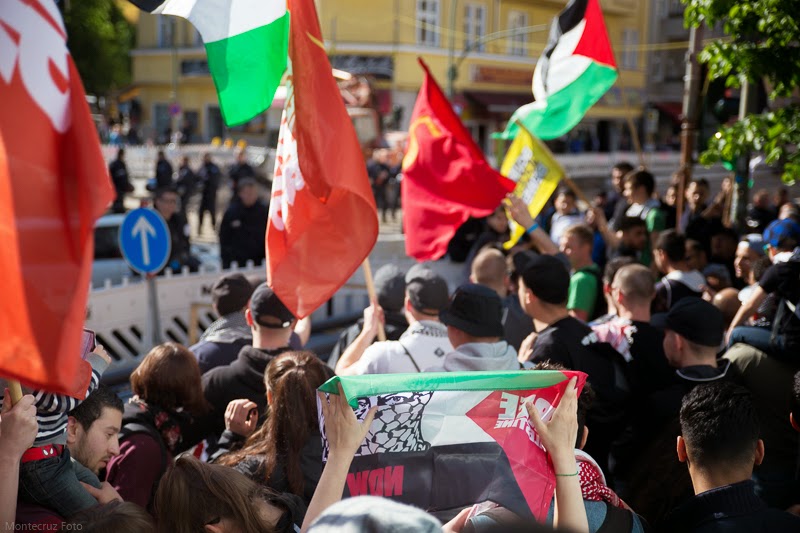 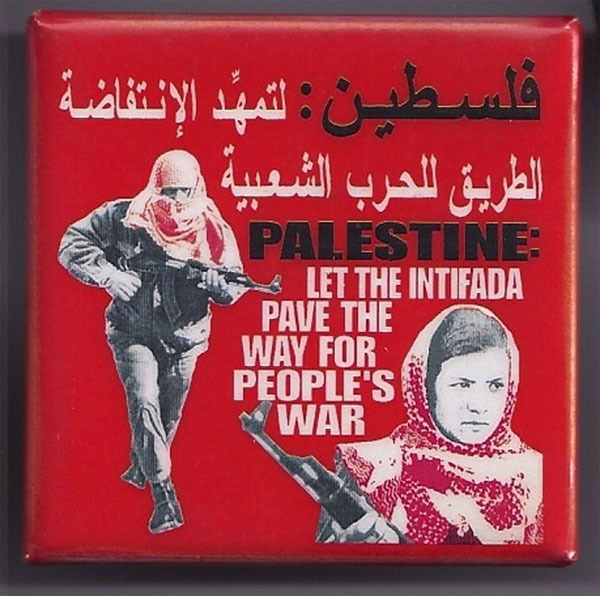