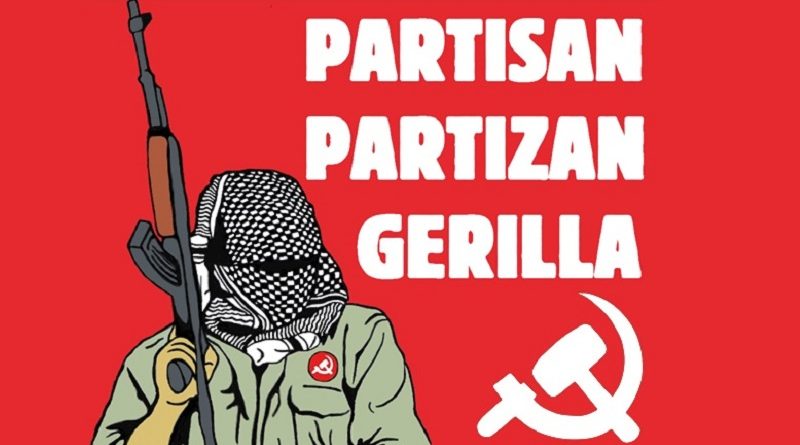 Revisionists are allergic to revolution—the very thought of liberation sends them into involuntary shivers. Our orientation toward them remains the same: if we cannot convince them we will out organize them and isolate them to the best of our limited ability in local conditions. When our positions paper was released in the middle of last year it caused right-revisionists to squirm with unfounded fears that they were under immediate violent threat from our small collective. As hysterical as this was we insist our position is the same. As revolution grows their allergy places them in direct and antagonistic contradiction with the revolutionary forces, history has shown this the world over. For a revolutionary situation to mount, revisionism of the unarmed legalist variety can no longer hold sway with the people. This is a universal law. Their tacit and surface level support for “armed struggle” is only the trap door which sits at the base of the gallows of electoral politics. They support reactionary states over revolutionary armed forces the world over.

Our recent fundraiser to send anti-fascists to Rojava (which was pulled down from youcaring’s website) generated enough backlash from these so-called leftists that it provides us a moment of political education which we would like to share with our supporters or those still confused by the political quagmire that is the Syrian situation.  Without pause to even make an analysis, the reactionaries who call themselves socialists began crying out with farcical and laughable ideas that “RGA is invading Syria”, which is even funnier than when we were accused of hunting them down like dogs. We were called imperialists and our supporters were banned from online groups. These revisionists wasted no time using their petty social media capital to suppress any efforts on our part to support the struggle against Daesh. Their “support” is meaningless whether it is for the Assad government or for the PYD-led efforts in Rojava, it is the support of spectators, of flies on the wall.

So let’s unpack this a little bit—expecting no response from the revisionists. We won’t argue with them but we make our case to those yet to take a side. One of the fundamental reasons that the Kurdish Workers Party (PKK) has inspired so many groups and armies in the region is their commitment to armed struggle; they do not fear the gun and have held fast to this throughout their many changes. While we are Maoists who do not share their Democratic Confederalist ideology, we too are inspired by their commitment to revolutionary armed struggle, especially by the groups who are fighting Daesh (ISIS/ISIL).  As Maoists we believe in the right to self-determination for oppressed nations and unlike these revisionists we actually follow the teachings of comrade Stalin on this question. By all measures the Kurdish people are a divided and oppressed as well as occupied nation and all revolutionaries must support their right to self-determination. This means revolutionaries oppose not only Daesh but the Turkish state and the Islamist forces in the Free Syrian Army as well.  The principle aspect in the fight against the black forces of reaction in the region is an anti-fascist characteristic that cannot be ignored.  What Rojava represents to us and the world is irreplaceable—it represents revolutionary progress, internationalist solidarity, and the front line against fascism. Daesh and their supporters represent the most backward and sick ideology which praises feudalism, fundamentalism, rape slavery, torture, and worships death.  US imperialism reluctantly “opposing” Daesh all while covertly seeing to it that aid reaches them through their reactionary puppets in the FSA is not a reason for us to denounce the comrades in Rojava that include both Maoist and Marxist-Leninist communist parties, armies, and organizations.

So why do the revisionists seethe with hatred for the liberators in Rojava?  This is due to their mechanical, dogmatic, and delusional insistence that China is socialist and Russia is a progressive force in the world today. While centrists claim this is a matter that should be left aside when making revolution, that we should submit to unprincipled peace, we remain firm that this is a distinction of revolutionary importance.

As China, Russia, and Iran keep Assad on life support, it becomes the top task of these domestic revisionists to discourage support for those fighting fascism in the region, even for those who are not at war with the Syrian Arab Army (SAA). They ignore the Kurdish nation’s right to self-determination and go so far as to claim we support “invading Syria”. Let us be clear: Rojava is no longer occupied by Syria. Rojava is Kurdish land. As the PYD allied forced do enter Syria it is in the fight against fascism and it is with the support of Arab Syrians. The city of Raqqa is a Daesh stronghold and Daesh poses the most immediate threat to the masses of people—Arab and Kurd alike. We are for the eradication of fascism, we are for the Americans who died fighting Franco, we are for the revolutionaries from all over the world who serve in the fight against Daesh fascism. As these comrades prepare to face death at the hands of this savage beast our hearts swell with pride for them.

Please donate to RGA at this link, we are still committed to our goal:
new **
https://www.youcaring.com/redguardsaustin-752699