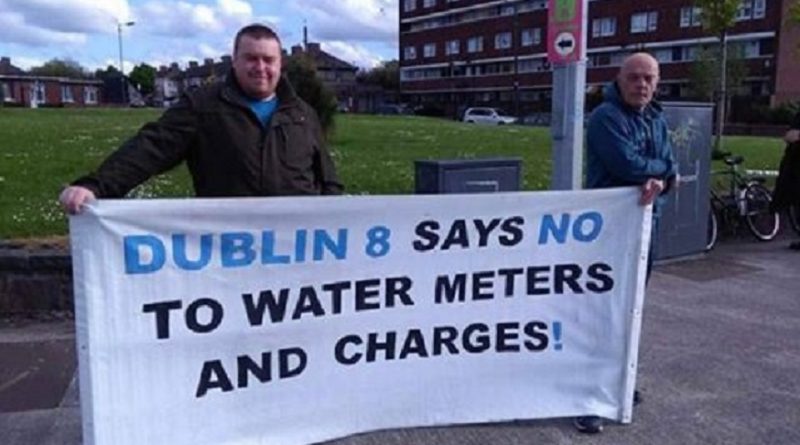 The protest was just one of a rolling series that saw water meter contractors and local residents play a game of cat and mouse for many weeks across Dublin 8 and 12. On the day in question dozens of Gardaí, including the dog unit and a helicopter, were deployed in support of Irish Water contractors. Many months later the state revealed its’ intention to proceed with criminal prosecutions against Ian and other protesters.

The continuing prosecution of Water Tax protesters represents a gross abuse of power and a scanadolous waste of public monies. Éirígí is calling for all charges against all anti-Water Tax protesters to be dropped immediately. In the meantime we extend solidarity to Ian and everyone else who is facing charges.