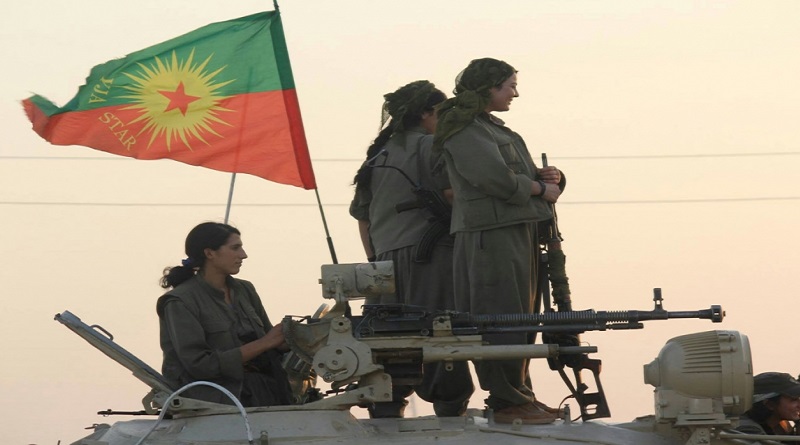 The military wing of the Kurdistan Workers Party (PKK) has responded to calls demanding that they leave Sinjar.

In a statement today the People’s Defence Forces (HPG) Sinjar Command said recent threats and pressure by the Turkish state and Kurdistan Democratic Party (KDP) officials could not push them out of Sinjar.

“Islamic State (ISIS) gangs attempted a major massacre and occupation campaign against Shengal (Sinjar) and our Êzidî (Yazidi) people on 3 August 2014. This occupation threat also targeted the entirity of South Kurdistan territory. At a time when the Êzidî people were left defenseless, as a requirement of patriotism and human duty, we as the HPG intervened. During the resistance to defend Shengal and South Kurdistan since that day, nearly 230 freedom fighters have been martyred. This struggle of ours will continue as long as the threat against our people remains,” the statement read.

In an interview recently KDP official and KRG Prime Minister Nechirvan Barzani had stated they would use force to remove the PKK from Sinjar if they had to. The HPG statement said Barzani’s remarks were “provocative,” and incited internal conflict, which the Kurdish people would not forgive.

“History has proven that nobody can push us out of Shengal by use of force. Making such a statement targeting our forces in Shengal while remaining silent on the occupation by the Turkish state of many territories in South Kurdistan, harms Kurdish unity,” the HPG said in relation to Barzani’s comments.

MP for Sinjar in the Iraqi Parliament, Viyan Dexil, has also weighed into the discussion by claiming that tens of aid organisation are willing to rebuild Sinjar but that the PKK is an obstacle. “The PKK must be removed from Sinjar regardless of the price,” she is reported to have said.

Commentators have said both the Turkish government and KDP fear the growing influence of the PKK and groups affiliated to it ideologically in Iraqi Kurdistan and Rojava-Northern Syria.

The PKK and its affiliated groups are the only Kurdish forces waging an armed struggle in all four Kurdish regions in Turkey, Iran, Iraq and Syria. These groups are part of the Kurdistan Communities’ Union (KCK), which seeks a confederal solution to the Kurdish question.

The PKK has helped form several Yazidi self-defence militias, including an all-women’s unit, after it entered the area to counter the ISIS offensive. It is thought the KDP is under Turkish and US pressure to push the PKK and affiliated groups out of Sinjar.