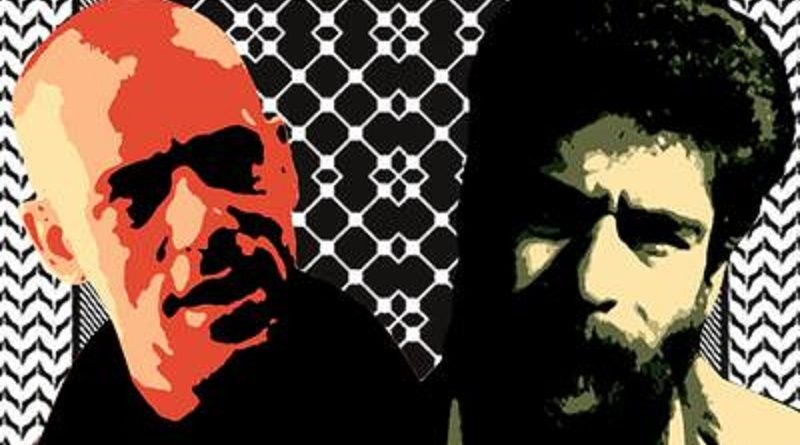 SJP-NL calls on everyone to protest this Friday 20 October in The Hague (location ASAP) to demand the freedom of Salah Hamouri and Georges Ibrahim Abdallah. We call on the French Government to take action in the case of Salah Hamouri and put pressure in Israel to end his illegal. We also call on the French Government to immediately release Georges Ibrahim Abdallah, who has been imprisoned in France for 33 years and has been eligible for release under parole since 1999.

French-Palestinian human rights defender Salah Hamouri was seized from his home in the Jerusalem-area village of Kufr Aqab in a pre-dawn raid by Israeli occupation forces on 23 August. On Sunday 27 August, Salah had his detention period extended by the Jerusalem Magistrate’s Court allowing further interrogation. On 14 September, Salah Hamouri received a six months administrative detention order meaning that he is further deprived of his freedom without a charge and trial.

Two weeks before Salah’s arrest, some members of SJP NL had the chance to talk to him on a field trip to Palestine where he shared his experiences as a former political prisoner, while also giving mention to the torture, as well as inhumane and degrading treatment that he has received during interrogations.

Georges Ibrahim Abdallah is a Lebanese struggler for Palestine who has been imprisoned for over 33 years in France. While he has been eligible for parole since 1999, which has been confirmed by the court, French ministers have refused to cooperate with his release, with the involvement of Hillary Clinton.

Show solidarity by demanding that France put pressure on Israel to release Salah Hamouri and all 6,128 Palestinian political prisoners! Join thousands of protestors around the world in demanding the immediate release of Georges Ibrahim Abdallah from French jails.