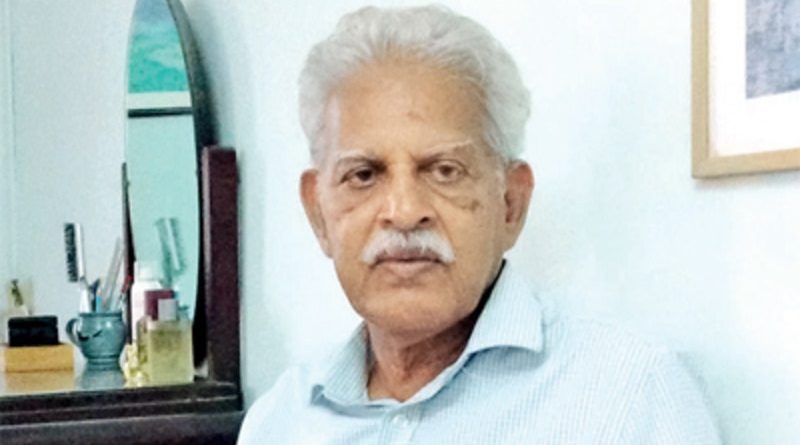 Interview with Varavara Rao​​
Naxalite sympathiser and renowned poet Varavara Rao, who was in the city last week to deliver a lecture, talks about successes and failures of the 50-year-old movement.

Half a century on, have the dreams with which the Naxalite movement began been fulfilled?

Not fulfilled, but there’s been a great advance after the initial setback. Naxalbari was the name of a village, but it came to represent everybody’s village. The word became part of our language. The authority proclaimed by the tribals of Naxalbari and Khari Bari spread like wildfire. They asserted their right to their land. That proclamation has become a part of alternative political thought.

The movement started as a rejection of Parliamentary politics, and proposed people-centred politics instead. Today, this movement has formed base areas in the forest regions in the eastern and central parts of the country. Having seized land from landlords and protected it from their goons and the police, they have formed co-operatives. In Bastar, this alternative politics is being practised in the form of Janatana Sarkars, a united front of Adivasis, Dalits and small farmers, for the past 13 years. It is a one-ofits-kind government functioning without any World Bank aid. It has been able to halt the expansion of multinationals and big business houses in the forests. There is no other instance in the history of the world of such a protracted armed class struggle.

But the movement has remained confined to the forests.

That’s because the interests of capital today lie in the forest belt where labour is cheap. The Bastar forest alone has 28 kinds of minerals. As capital enters and concentrates in these areas, it has to be met by resistance which then sets off repression. So the struggle has shifted there.

Do the people there have a choice? What about the indiscriminate shooting of alleged informers, the coercion?

If they were coercing and shooting people indiscriminately, they wouldn’t have been able to sustain the movement for so long. The Maoists move among the Adivasis. It’s taken them so much time to convince Adivasis to give up some of their practices. If there was coercion, why would it have taken so long?

What about the allegations of women being used as sex slaves?

All police propaganda. In Bastar, more than 50 per cent Maoists are women. There are over a lakh women in the Dandakaranya Mahila Sangh. They are part of the militia, of the cultural wings. Would they be there in such large numbers if they were treated as slaves? In Andhra, very early on, one of the biggest gains was an end to the practice of the landlord having the first right over a girl as soon as she attained puberty and on her wedding night.

But at what cost has this come? There are non-violent people’s movements too, like the Narmada Bachao Andolan.

But what have they achieved? The dam got built and was recently dedicated by the PM to the ‘nation’. Fifty years of the Naxalite movement haven’t killed as many people as the bourgeois parties have. The police action under Nehru in Telengana and Hyderabad against the Communists and razakars; Indira Gandhi’s Operation Blue Star and its aftermath; the 1984 Sikh massacre under Rajiv Gandhi and then the riots after the Babri Masjid demolition under Narasimha Rao; Gujarat 2002 under Narendra Modi; and the Kashmir valley all these years… Then there are man-made disasters such as the Bhopal Gas Disaster, floods, and the structural violence of the system.

The first generation of Naxalites comprised idealistic youth who gave up everything to join the movement. Is that still happening?

Yes, many youngsters who fought for a separate Telengana joined the Maoists. The most famous was Vivek, considered a child prodigy, who left his law course and went into the forests. He was killed in an encounter in 2015 when he was just 19. In fact, this is the State’s biggest fear. The police chiefs of four states recently decided to work jointly to tackle new recruitment into the movement.

Your “boycott election” principle has completely failed. Elections continue to be seen as the biggest proof of our democracy.

Consciousness matters, not numbers. Recently, the polling percentage in Kashmir was just 6 %, and the icon Irom Sharmila got just 72 votes. Yet, in Chhattisgarh, more people are voting and the BJP keeps winning. But even those who vote do not expect elections to solve their basic problems. But we must admit that the people are not yet disillusioned with Parliamentary democracy.

But despite getting Adivasi votes and pumping money into tribal areas, and despite the protections given to Adivasis by the Constitution, the State is not allowing them real democracy, ie control over their jal, jangal and zameen.

An early failure was to see Dalits only as agricultural labourers, ignoring their caste even while fighting untouchability on the ground. A serious lapse is our failure to work among Muslims. Muslims were among the founders of the Communist Party. But today when the need is so great, they are nowhere in the movement. That’s because of the segregated spaces we live in and the stranglehold of religious leaders who project Islam as the only solution against both capitalism and Communism. I sometimes wonder whether one day we will be able to make a breakthrough in Muslim ghettos the way we did in Adivasi areas.