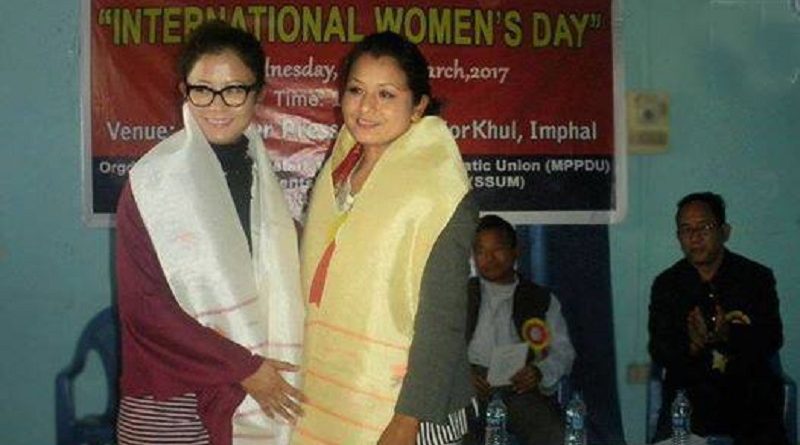 The function was attended by Takhellambam Renu, President EEVAM and presided over by President of MPPDU Meghachandra. Brinda Thoujnaoam, Social Activist and Rinku Khumukcham, Editor of this newspaper attended as presidium members.

Speaking on the occasion social activist Brinda Thounoajam question the attitude of the Indian government towards the women of this area.

“When it is known that March 8 is the International Women Day, why the government is conducting election on the same day?” Brinda asked. She said that such an attitude is nothing but a signed of disrespect to the women community of this region.

On the Other hand EEVAM President Takhellambam Renu said that family remains of the victims of fake encounter has been still suffering a lot and nobody has come out to understand them. She narrated on how the victim family has been formed with support of few organisations and individuals. She also appealed the victim lady to come out and fight for their rights.

Kanglei Ima Lup KIL also observed the International Women Day At Manipur Press Club. Problem faced by the women of the region were elaborated by the speakers during the function.