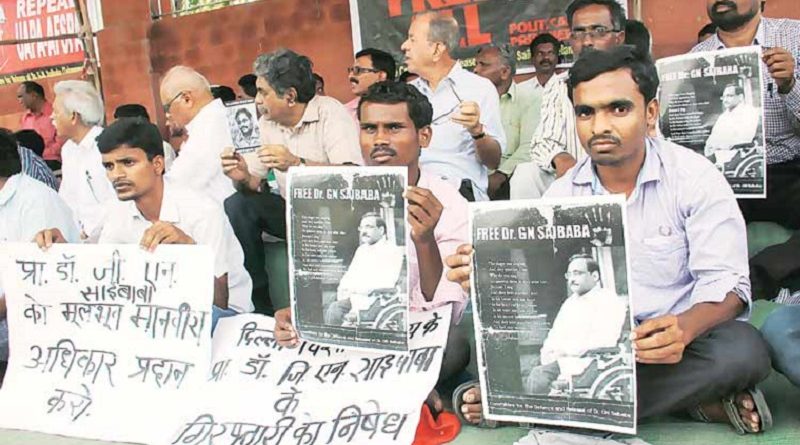 Fascist indian state disclosed its actual fascism under the mask of democracy. Fascist state and government sentenced GN SAIBABA to life and put other democratic activists to jail. We condemn and firmly oppose such kind of injustice. We assert that, every citizen has right to take position in favor of any interest of any ethnic group, religious minority etc and stand against any kind of injustice, oppression against adivasis,dalits etc.

It’s a matter of political right. But under a fascist system political right never be ensured. As Indian state, has launched an ultimate war against people of seven sisters. Operation Green Hunt, air fight in Bastar, Malkangiri killing are some example of this democracy. Cold blooded murder in the name of crossfire is a daily routine. Actually, all of the massacre is against the great maoist movement and the proletariat people.

Saibaba and other activists has been opposing actively that kind state killing for several years. It was the main fault of them. They are people’s leader. But for state they are rebel and the are linked with anti-state activities. We want immediate release order of them. We believe an ultimate movement can ensure their release. We always stand with any rightful movement whatever it is armed or unarmed all over the world.