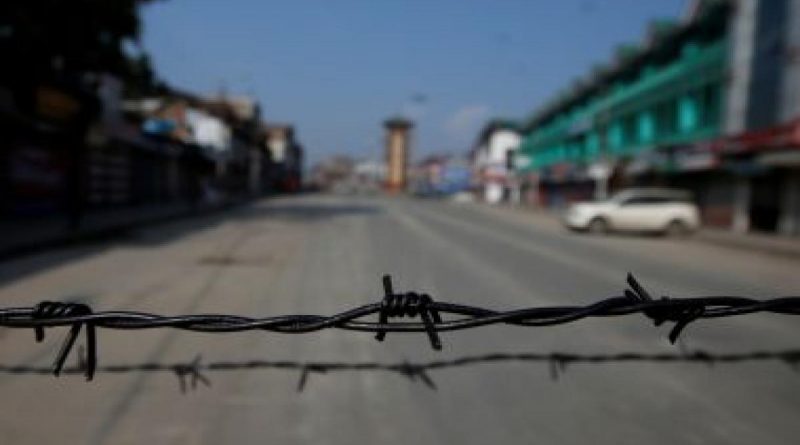 A recent bill has been passed in Indian Parliament which has suspended special state status of Kashmir lasted for almost 70 years. The status has been taken away by revoking “370 and 35 (A) clauses” of Indian constitution. Ruling BJP government regards it as a “Amendment of Historic Mistake”. Narendra Modi is staging gruesome plot to weaken a viable and dynamic independent movement of Kashmiri people. It is believed that India, Pakistan and China all three major powers in this region are equally responsible for such conditions of Kashmir. To achieve actual freedom, Kashmir needs to be released from their collective chains.

It is easily understood by ongoing political developments in Kashmir that soon, some terrible control and brutal oppressions are on their way to its people. Lots of Kashmiris have already faced killings and arrests since the declaration. This presents the naked face of Indian state to the world. Basically, Kashmir has been disconnected from the world. Any type of communication namely mobile network has been shut down. Kashmir is already facing food crisis. We protest such brutality of Indian government.

The historic law was barring anyone outside Kashmir from obtaining lands and conducting business. The law has been cancelled. So, imperialists Company and Indian corporates are going to stretch their claws to the heart of Kashmir. Modi government may not have any difficulty to attain their recognition as a robust, rigid, democratic and adept leadership one more time. The more he gets their flattered praise, the more he gets permanent hatred from brave people he finds his opponents. Amit Shah has termed the freedom fighters as Pakistani agents. We condemn his statement. Narendra Modi and his government has to confront Kashmiri freedom fighters. A day will surely be come when the independent flag of Kashmir will be flying high in independent Kashmir.

Organizations are severely opposing this ill move by Modi government and expressing solidarity towards Kashmiri people. We call upon a full-fledged and united movement for the independence of Kashmir along with all workers, peasants and oppressed people around the world against Modi government-BJP-Hindu Fascism. We declare only Kashmiri people have the right to decide on their own affairs.