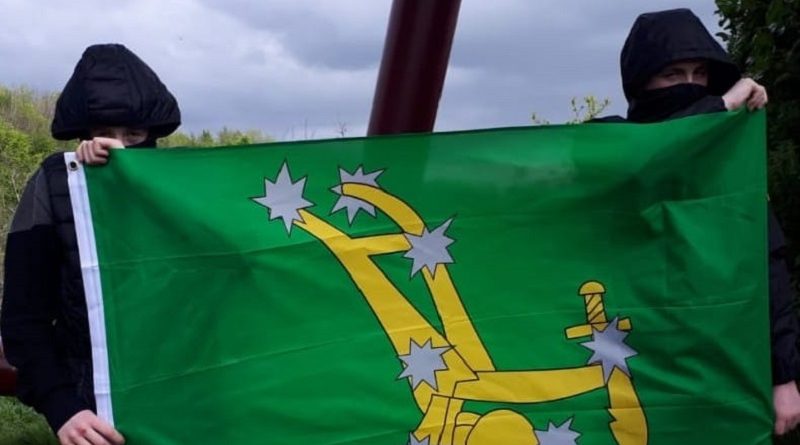 In its founding statement, Macradh asserted that ” The establishment of Macradh has come about after months of planning as it was felt a new and viable vehicle was needed to organise the youth of Ireland in the struggle for freedom” and continued, ” Ireland’s Revolutionary youth has always been to the fore of the struggle for freedom and this generation will be no different. By building a culture of revolutionary direct action , combined education, sports and commemorating our patriot dead. Macradh aim to be a positive forum where the youth of Ireland can play their role in the republican struggle“.

Today, as part of a new series highlighting the activism and mass work that Irish Socialist Republicans are involved in on a day to day basis, Socialist Republican Media conducted a short interview with a member of Macradh- ISR Youth, to discuss the revolutionary work of the organisation. The following is that interview.

Question 1: Comrade, thank you for taking the time to speak to us today. Can you tell us a bit about what attracted you to Socialist Republicanism:

Answer 1: What originally attracted me to Socialist Republicanism was learning about injustice all over the world under capitalism and imperialism, such as in Ireland, Palestine, Syria, Libya and many other countries. Also seeing the social injustice in my own area, seeing people suffer the strains of poverty in my own community as a direct result of the capitalist system attracted me to Socialist Republicanism.

Question 2: Thank you comrade. I see the Class struggle and the fight against imperialism were strong influnces on you. With that in mind, who would you say are your revolutionary heroes?

(Editors note: Seamus Costello from country Wicklow was a leading figure in irish Socialist Republicanism in the twenith century, serving in the IRA from the Border campaign and establishing the Irish Republican Socialist Party and the Irish National Liberation Army in 1974. Costello was assasinated by counter revolutionaries in 1977.

Kitt Conway was a Socialist Republican IRA Volunteer from Tipperary, who served in the Tan War as an active member of an IRA flying column. A founding member of the Republican Congress in 1934, Conway was a leader of that organisations Military Wing, the Irish Citizen Army. Along with his comrades, Kit was one of the many Socialist Republicans who joined the international brigades to fight fascism in Spain and was killed in Action defending the Spanish Republic in 1937.)

Question 3: Comrade, you are a founding member of Macradh- ISR Youth, can you tell us a bit about the organisation and what it hopes to achieve?

Answer 3: Macradh is a Socialist Republican Youth organisation made up of and open to young people between the ages of 15-25. Macradh owes its allegiance to the Irish Working Class and to the All Ireland Socialist Republic, proclaimed in 1916 and established in 1919. As the youth wing of ISR, we aim to organise and mobilise Irish Youth in the struggle for National Liberation and Socialism to play a key role in the revolution that will rebuild the Socialist Republic.

Question 4: What activism are Macradh involved with?

Answer 4: Macradh work closely with ISR and Anti Imperialist Action Ireland and are involved in many campaigns such as the boycott Israeli Goods, campaign, actively opposing the far right, assisting the work of our comrades in the Anti Eviction flying column, the Bring it to their doors campaign and the Our Mandate, Our Republic Campaign. Macradh is also involved in direct actions, both on the streets and online we are also involved in organising educational activities on topics including Revolutionary history, the Irish Language and studying Marxism-Leninism-Maoism and applying it in Ireland. A key part of our work is the development of a Red Working Class Culture through education, and sports such as martial arts and hiking.

Question 5: That’s an impressive programme of work for a revolutionary youth organisation. How does Macradh engage with working class youth?

Answer 5: Macradh engages with working class youth in a number of ways, from social media to leafleting and knocking on doors in working class areas and also through organisng direct actions and activism that attract the youth to Socialist Republicanism.

Question 6: Macradh sees itself as a key part of organising working class resistance in Ireland. Is there much appetite for class struggle among Irish Youth?

Answer 6: Yes. Currently there is a strong appetite for class struggle among the youth. But due to the education system under capitalism, many are unsure how to bring about change or how to get involved in the struggle. Macradh hope to get more and more young people involved in the struggle over the coming weeks and months, by implementing James Connolly’s revolutionary slogan, ‘Agitate, Educate, Organise’!

Question 7: Can you describe how Macradh sees the role of youth in the struggle for Irish National Liberation and Socialism?

Question 8: Comrade, thank you for taking the time to talk to us today. Before we finish what would you say to a young person looking to get involved in the resistance?

Answer 8: Get in contact with Macradh today and become involved in Socialist Republican Struggle. Become educated about the national and international struggle against capitalism and imperialism. Talk to your friends and we will help you get organised. No matter what part you want to play, there is a role for everybody. The struggle is rebuilding. It’s time to play your part.