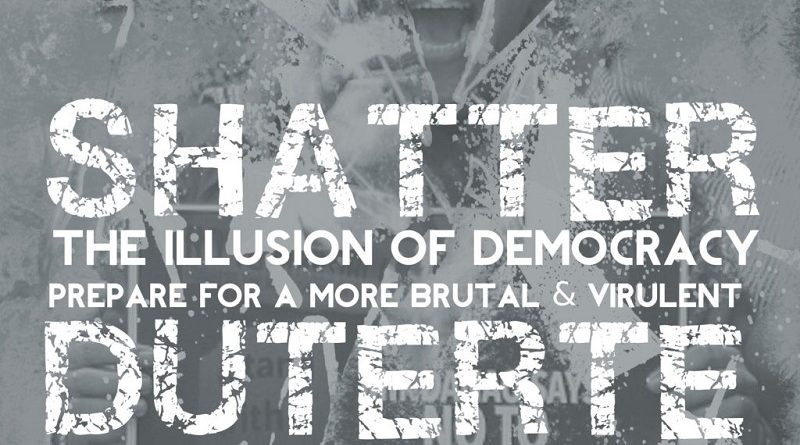 The Communist Party of the Philippines calls on the people, especially those who are fed up and enraged with Rodrigo Duterte’s corruption, crimes and puppetry, to shatter the illusion of democracy brought about by his regime’s win in the midterm elections and prepare for a more brutal and virulent reign.

The midterm elections are being falsely touted as a show of overwhelming support for Duterte. But this convinces no one as everyone knows that Duterte’s candidates merely won because he used the Commission on Elections to hack the results of the automated vote counting and tallying system. No amount of historical revisionism, macho posturing and sycophant simpering would have elected the likes of Imee Marcos, Bato dela Rosa and Bong Go to the Senate.

Duterte will capitalize his illusory victory to push more of his brutal and virulent policies. He is set to order his newly minted minions to pass his fake federalism through charter change that would set him up as head of state for as long as he wants, or as long as his failing health holds. Aside from his overriding ambition to become a detested dictator, his charter change will “open up the economy and country to foreign investors”– a euphemism for selling out the country’s water, land and labor resources to the highest bidder.

He has ruled the country through terror, openly in Mindanao and in the countryside, and through threats, killings and intimidation elsewhere. His illusory win will embolden him to continue to do so and more. He will push the Philippine society further to a fascist state by reviving the death penalty, lowering the minimum age of criminal responsibility, and requiring citizens to train and eventually serve the military.

The weeks preceding his fourth State of the Nation should serve to strengthen the people’s will to resist Duterte’s brand of fascism, the kind which serves no one but himself, his favored allies and his puppet masters.