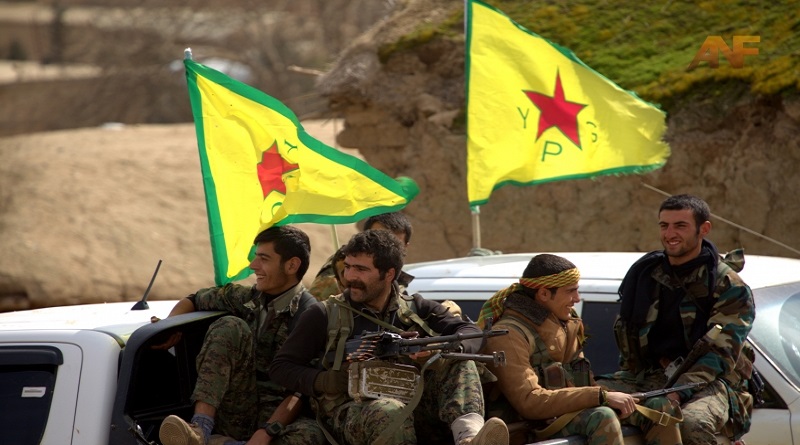 The head of the Syrian Kurdish YPG militia said a U.S.-backed assault to drive Islamic State from its de-facto capital Raqqa would begin at the start of April and the YPG would be taking part, despite fierce opposition from neighboring Turkey.

A spokesman for the U.S. Pentagon, Navy Captain Jeff Davis, said no decision had been made yet on the Raqqa offensive, which is part of a two pronged attempt to dismantle the caliphate declared by Islamic State in parts of Syria and Iraq in 2014.

U.S.-backed forces, including the YPG, are closing in on the city and President Donald Trump has said he wants to accelerate efforts to crush the hardline militants, who are under siege by U.S.-backed Iraqi forces in the much larger city of Mosul.

The comments by YPG commander Sipan Hemo to Reuters were the first indication of a date of an attack.

In a written reply to questions, Hemo, who rarely if ever appears in the media, said: “Regarding the decision to liberate Raqqa and storm it, the matter is decided and at the start of the month of April the military operation will begin.”

He added: “We believe that liberating Raqqa will not take more than a number weeks.” His comments were relayed via a YPG spokesman.

Ankara has been pressing the United States to drop its military alliance with the Syrian Kurdish group, which it views as part of the Kurdistan Workers’ Party (PKK) that has been fighting an insurgency for three decades in Turkey.

The role of the YPG is a major point of contention between the United States and its NATO ally Turkey, which wants Washington to draw instead on Syrian Arab rebel groups backed by Ankara for the final assault on Raqqa, a predominantly Arab city.

Hemo said YPG militia would storm Raqqa alongside Arab fighters in the Syrian Democratic Forces (SDF). “Of the total force for storming Raqqa, 25 percent are YPG, who are set apart in their combat experience and high-level command skills directing battles in cities,” he said.

Turkish Foreign Minister Mevlut Cavusoglu told broadcaster Haberturk in an interview late on Thursday that parts of the U.S. military favored incorporating the YPG into the assault force because of its earlier successes on the ground.

“But we also see that there are different stances within the U.S. administration. Right now, they do not have a clear stance on this. They are going through a transition period,” he said, adding: “The talks are ongoing.”

The Pentagon has said that Arab fighters account for about 75 percent of the alliance of militias fighting to isolate Raqqa.

Backed by U.S. air strikes and special forces, the SDF cut the last main road out of the city earlier this month.

The only way out of Raqqa now is over the Euphrates River that borders the city to the south, all bridges across which have been destroyed, the Syrian Observatory for Human Rights, a Britain-based war monitor, has said. The Observatory estimates the city’s population at 200,000 and believes many of the IS leaders are still there.

Hemo said preparations for the attack were advanced: “The combat readiness is adequate with regards to weapons, equipment and the number of fighters, particularly after the encirclement of the city and its isolation from three sides – the west, the north and the east.”

The U.S.-led coalition last week announced that a Marines artillery unit had been deployed to Syria to help accelerate the campaign to defeat Islamic State at Raqqa, adding to some 500 U.S. forces already in Syria.

A second Kurdish military source said: “It is clear that American forces are increasing in numbers and equipment in northern Syria with the aim of creating a strategic balance and giving more momentum to the Raqqa battle and what comes after it. This momentum is subject to increase as the actual date for the battle of Raqqa draws near at the start of April.”

The YPG forms the military backbone of autonomous enclaves carved out by Kurdish groups in northern Syria since the start of the conflict in 2011. Its deepening influence has prompted Turkey to intervene in Syria to prevent further Kurdish gains.

The Kurds, systematically persecuted for years by the Syrian state, say their aim is not independence, but regional autonomy in a negotiated settlement to the war.

Hemo said the YPG’s political goal was “guaranteeing the rights of the Kurdish people in Syria legally, constitutionally”.

He added: “Then there will be no problem with the regime, despite the military confrontations that happened before.”

Syrian President Bashar al-Assad has previously opposed the idea of federalism says the state will reclaim all of Syria.

In recent weeks the Russian-backed Syrian army staged a lightning advance through IS-held areas to reach the frontier with areas held by a YPG-allied militia, the Manbij Military Council, suggesting at least a tacit understanding.

The YPG still controls districts of Aleppo city, which is otherwise in government hands, while the government operates an airport in the city of Qamishli, which is in YPG hands.

Hemo said he had a long history of struggling for Kurdish rights in Syria and had “helped” Kurds in other parts of Kurdistan – an area spread between Syria, Turkey, Iran and Iraq.

The YPG’s priority, he said, was to “fight terrorism” everywhere in Syria, “given that we are part of Syria”.