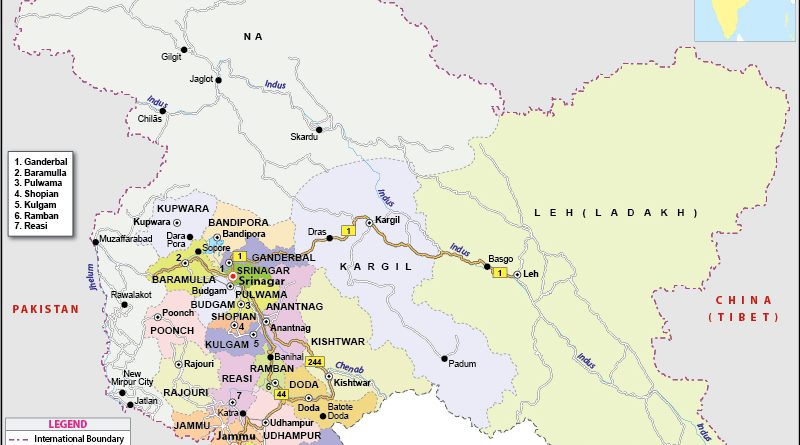 The banned CPI (Maoist) announced that it backs the separatist movement in Kashmir. In a statement, the party’s Dandakaranya Special Zonal Committee asked its workers, intellectuals and revolutionaries to hit the streets against scrapping of Article 370.

Ironically, the party, which does not repose faith in the Constitution of India but believes in acquiring power through armed revolution, said in the statement that scrapping of Article 370 and 35A is against the Constitution.

“The fascist government scrapped Article 370 and 35A through presidential signature. They made Ladakh an union territory by curving it out of Jammu and Kashmir. This is against Indian Constitution,” said Viakalp, spokesperson of the CPI (Maoists). The statement also noted how the decision of government of India went against Simla Agreement between India and Pakistan.

The statement said the voice of Kashmiris have been muffled though imposition of curfew, snapping of phone and internet connectivity and detention of separatists and local political leaders. “They were all put under house arrest illegally. This is against Simla Agreement,” the rebel organisation said.

The statement further said by curving Ladakh out of Kashmir, the government has made Kashmiris a minority in Jammu and Kashmir and added that the Centre is planning to “sell Kashmiri land to big corporates—Indian or foreign”.

The Dandakaranya Special Zonal Committee said they were speaking on behalf of the entire party. It, however, fears that after Kashmiri separatists, Maoists in India would be the target of Prime Minister Narendra Modi and Home Minister Amit Shah.

The statement said Shah has already held a meeting on August 26 in this regard. “The blueprint to finish us has been drawn up. They will attack us but we are prepared. Our movement would be intensified.”

“We will be the second target and then it would be the Northeast, Adivasis and tribals.”

The outfit said the withdrawal of special status to Jammu and Kashmir is nothing but the first step toward turning India a “Hindu Rashtra”. “It is nothing but an attempt to make India a Hindu nation. We must oppose this.”

The organization urged intellectuals to support them. “If they remain silent, poor dalits and Adivasis will face huge crisis as they are the ultimate target,” said the statement.