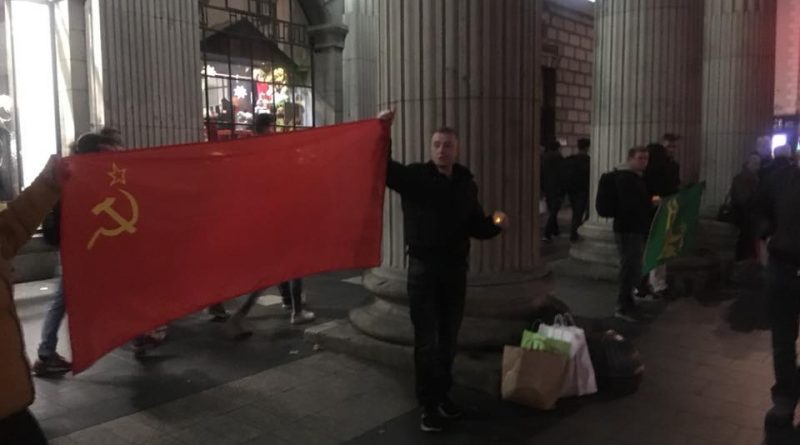 Irish Socialist Republicans gathered at the GPO to celebrate the 100th Anniversary of the Russian Revolution.

The hour long candle lit event took place on Ireland’s main thoroughfare and the sight of the Starry Plough, side by side with the Red Flag got a warm response from passers by.

The vigil was addressed by Christophe Kistler of the International League of People’s Struggle who spoke on the lessons of October today. Diarmuid Breatnach then spoke on the connections of the Russian Revolution and Ireland, the role of Women in the struggle and highlighted the fact that the Great October Revolution was the second armed protest against the imperialist war by the working class, the first stand having been made in Ireland during the 1916 Rising a year earlier.

Tonight’s Commemoration was brought to a close by Diarmuid and Christophe joining together to sing a moving version of the International in its original French.

The Great October Socialist Revolution continues to inspire those who fight for socialism today!