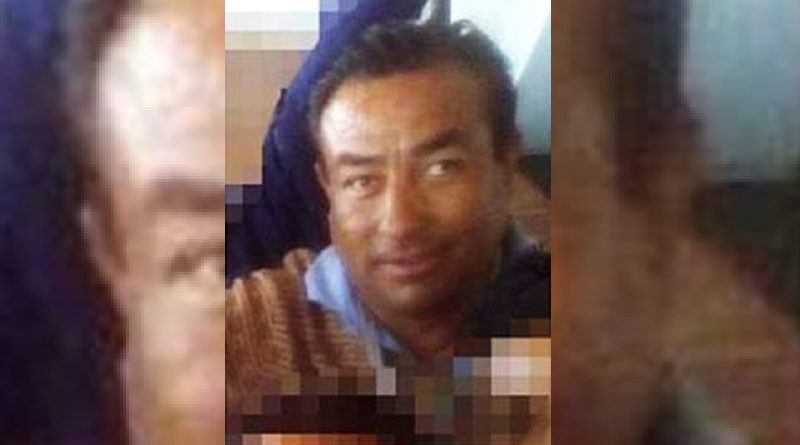 “From now on, when anyone in our ranks who has done some useful work dies, be he soldier or cook, we should have a funeral ceremony and a memorial meeting in his honour.” – Chairman Mao Tse Tung, Serve the People, 8 September 1944

With deep sorrow we inform the working class and the people of Oaxaca, Mexico and the world that a very special militant for our organization has died.

The comrade Javier López Martinez, known with affection among our ranks as Comandate Rojo, passed away on March 19 from a respiratory failure. His family, friends and comrades retain from him his best memories, forged in the heat of the class struggle.

Who was Javier López Martinez?

Of humble extraction, the son of a working-class father and mother, he himself joined the industrial proletariat from an early age, performing various functions as a machinist, forklift operator, cargo vehicle driver, etc. Later, with these same robust and calloused hands, he enlisted for a time in the Mexican army, where, ironically, he learned to hate the anti-worker and anti-people regime that the old state represents.

He put his knowledge and his strength at the service of the working class, being founder of the popular settlement named Occupation Francisco Villa.

Comrade Javier was part of the 25 political prisoners of June 7, 2015 and was confined in the maximum-security prison CE.FE.RE.SO #5 of Villa Aldama, Veracruz, later being moved to the state prison CE.RE.SO #2 of Etla, Oaxaca. In total, the comrade was incarcerated for 16 months and to this day has been continually under parole.

Out of respect we have to affirm that comrade Javier never thought of clemency nor of amnesty – as the old state and its representatives went so far as to suggest in exchange for the “freedom” as pardon; and while it’s true that he has died under parole, clearly his decision to fight until the end is what has allowed him to depart as a truly free man.

Who doesn’t remember our Comandante Rojo in the class struggle, confronting the repressive apparatuses of the old state, organizing the rage, encouraging the people’s urge to fight?

We are convinced that no one could forget the steadfastness of his actions or the mettle of his commanding voice in defending the Sol Rojo flag, the flag which he made himself with his iron hands.

Javier López Martinez founded Sol Rojo, yes! And for that, in every corner of the Oaxacan terrain, but also in other corners of Mexico where our organization has a presence, the name of our dear comrade will be remembered with affection, and his voice will resonate with a hundred times strength in the coming struggles, in the demonstrations and the street fights, in the skirmishes and the strikes, in the uprisings and insurrections, which will be taken on dialectically in protracted people’s war as a universal science of the Proletarian Revolution, and whose endpoint is embarking on New Democratic Revolution and Socialism.

The enemies of the people, those nauseating detractors of the proletarian revolution, can dump all sorts of commentary to distort the image of our endearing comrade. The same can be expected of those flattering opportunists of sweet words and smooth tricks who under the command of reaction and revisionism will try to downplay the efforts of this worker turned combatant of the people and leader in the class struggle. Against all of them we will respond with the same strength that he left us through his example.

Honor and glory to the fighters of the people!

We choose to struggle!
Don’t vote, organize and fight!

With Sol Rojo, the people will win!
Let the workers rule the country!