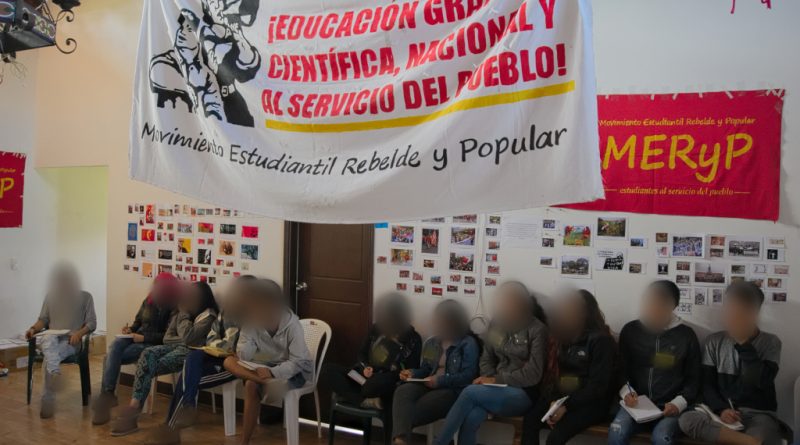 The Colombian students of the Rebellious and Popular Student Movement (MERyP) and of various revolutionary organizations held a Political Education School on January 11 to deepen their understanding of the national, international and educational political situation, in addition to discussing the principal tasks of the student movement.

During the Popular School, a debate was held on the imperialist oppression that plagues Third World nations with wars and looting of their natural wealth, and how imperialism thus foments the struggles of the masses. Information about the study was published on the website of the popular and democratic Colombian press, El Comunero.

Full of enthusiasm and revolutionary vigor, the students debated the fallacy of the “peace for peace” discourse that imperialism, the big bourgeoisie, the landowners and opportunism try to sow among the people, creating institutional illusions among them. It was also stressed that this system should be combated with the forging of a Communist Party that would guide the masses in the defense of their rights and the conquest of power. With revolutionary discipline, the students engaged in punctuality during their tasks, following precisely the schedule. “All the revolutionaries involved in the activity assumed their tasks with responsibility, collectively ensuring the full functioning of the Popular School,” they said.