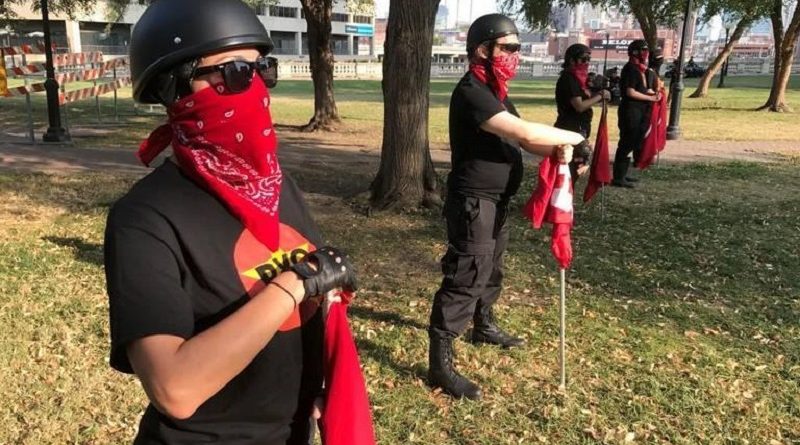 Kansas City police ordered armed antifa groups and others to remove ammunition from their weapons and from their possession at a rally Saturday morning in Washington Square Park.

The armed individuals peacefully complied. Several with the antifa groups said the action violated their rights under state law allowing them to openly carry weapons. They said they planned to fight the order but decided not to take any action at the park.

“We don’t see any merit to fight it now,” said one person who removed ammunition from a rifle under order of the police.

His face was covered, as were the faces of many at the rally just north of Crown Center, and he declined to identify himself other than to say he was a partisan from the Kansas City Revolutionary Collective, which describes itself as an “autonomous Marxist-Leninist-Maoist collective.”

He and several others whose faces were covered said they were concerned about becoming the target of harassment if their identities became public.

“We disarmed ourselves in front of the police,” said another man who identified himself as a member of Serve the People in Kansas City. He said police ordered him to empty a rifle and a 9mm handgun he carried. 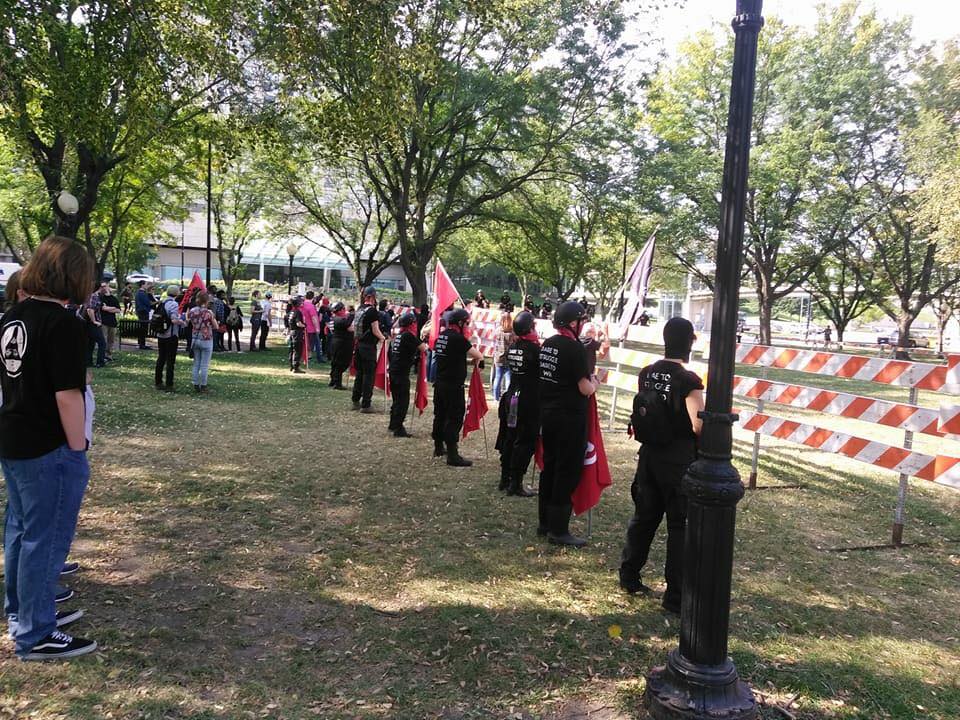