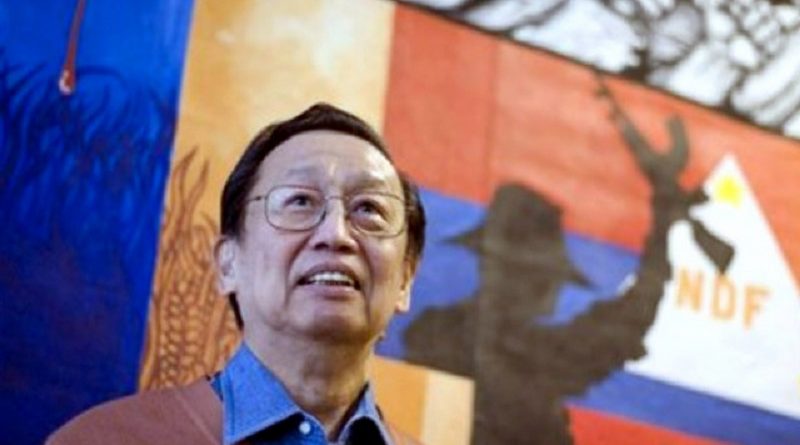 On behalf of the International League of Peoples’ Struggle (ILPS) , I wish to convey warmest greetings of solidarity to the Japan-Philippines Committee for the Celebration of the Centenary of the Great October Socialist Revolution (GOSR) and to all the distinguished guests and other participants in the celebration in Tokyo today. We in the ILPS congratulate the committee for organizing this event in cooperation with BAYAN-Japan and and ILPS-Japan Committee.

In view of the persistent and worsening crisis of the world capitalist system and the need to unite and strengthen the working class movement for socialism against imperialism, the theme of the celebration is highly significant and timely : Celebrate the lessons of the Great October Socialist Revolution! Onward with the struggle of the working class to defeat imperialism and build a socialist world!

We are still in the era of modern imperialism and proletarian revolution, especially because of the revisionist betrayal of socialism which resulted in the full restoration of capitalism in previous socialist countries in the years of 1989 to 1991. But the full integration of China and Russia as major capitalist powers in the global economy has resulted in the intensification of inter-imperialist contradictions and the struggle for a redivision of the world. The US is becoming desperate in trying to stop its strategic decline in an increasingly multipolar world.

The neoliberal economic policy imposed by the US on the proletariat and people of the world has made more frequent and more harsh the crisis of overproduction because of the ever tightening squeeze on the incomes of the working people. The wanton resort to the abuse of finance capital or the runaway generation of debt at the government and corporte levels has only served to aggravate the crisis of global capitalism. Up to now, the imperialist powers have been at a loss as regards to dealing with the roots and consequences of the financial meltdown of 2008.

The ever worsening economic and financial crisis of global capitalism has resulted in the actual spread and further threats of aggressive wars. US has been most culpable for this phenomenon, especially under its so-called neoconservative policy of full spectrum dominance. War production, deployment of overseas military forces and wars of aggression are a major part of the US economy and are aimed at maintaining and expanding economic territory and geopolitical influence.

The lessons that we can and must learn from the Great October Socialist Revolution are abundant and are of decisive importance. The revolutionary party of the proletariat must be built in Japan and the Philippines, as in other countries. Such a party is the advanced detachment of the proletariat in successfully carrying out the struggle for democracy and the consequent struggle for socialism. It is a party like the Bolsheviks determined to smash the bureaucratic and military machinery of the bourgeois state and to ward off the misleading currents of chauvinism, opportunism, reformism and revisionism.

The revolutionary party of the proletariat can lead the revolution only by setting correctly the ideological, political and organizational line. In the final analysis, the correctness of the line can be verified only by the growth, advance and victory of the reolutionary mass movement. The revolution is a mass undertaking aimed at seizing political power from the bourgeoisie.
To win a revolution, we must learn how the Bolsheviks carried out legal mass struggles, did revolutionary work even in reactionary institutions (including the Tsarist army), organized the soviets of workers, peasants and soldiers and formed the Red Guards and the Red Army.

In Japan as well as in the Philippines, the revolutionary party of the proletariat and the broad masses of the people must unite to fight and defeat US imperialism and its local reactionary allies. For such purpose, the party must build revolutionary trade unions and the mass organizations of other exploited classes and sectors of society, the self-defense committees based in communities and mass organizations, the people’s army, the local organs of political power, the alliances and the domestic and international solidarity networks.