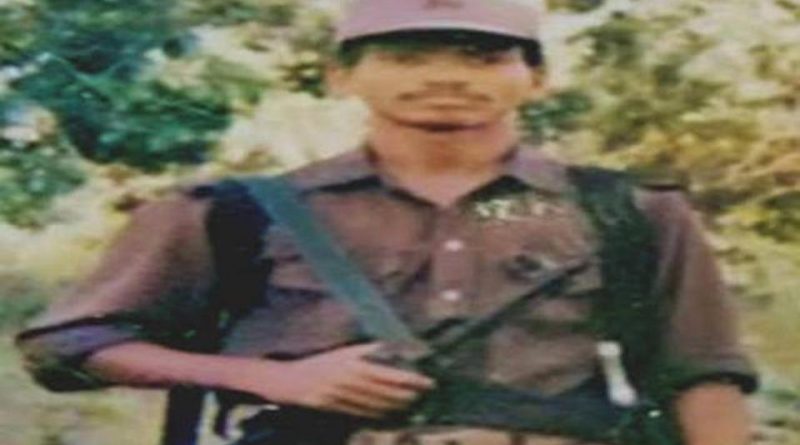 A slim tribal boy from Puvarti village in Sukma district of South Chhattisgarh joined the People’s Liberation Guerilla Army (PLGA) of the CPI Maoist as a lower rung cadre in the late 90s when the banned outfit was not considered “the biggest internal security threat”.

He quickly rose to the rank of Area Commander and senior Maoist leaders began entrusting him with big responsibilities, and he delivered beyond expectations. With setbacks in other parts of the country, the Maoists eyed Bastar region of Chhattisgarh as their core area and dominated this area of the size of Kerala until recently.

Security agencies and the Maoists are still to confirm it officially, but some reliable sources have told The Hindu that Hidma was made a Central Committee member a month ago during a “meeting” in Abujhmadh. Hidma has become the first person from Bastar to be inducted in the CPI (Maoist) Central Committee and the second tribal.

An officer involved in anti-Maoist operations in Bastar said that Hidma’s reported induction in the top Maoist body could act as a morale booster for the rebels who have suffered heavy losses almost everywhere in the country except Abujhmad and South Sukma.

The officer said, “Hidma is junior to many leaders who were expecting induction in the central committee like Venkatesh and Ganesh Uike. It will be interesting to see how they take his out of turn promotion. The Maoists’ maximum domination is in tribal areas like Bastar or tribal areas in Jharkhand. They want to create dominant zones on State tri-junctions and needed a tribal face.

He added, “The way Milind Teltumbde has been used as a Dalit face by the Maoists, Hidma is being projected as the tribal face. With increasing pressure of security forces in Bastar, the Maoist battalion needed encouragement and Hidma’s battalion has been exceptionally successful in combat against the security forces. It has less than 10% casualty ratio in every combat compared to the security forces and its morale is extremely high. To maintain a large formation like battalion is a tough job and Hidma has successfully managed that.”

Hidma could hardly complete his primary education when he joined the Maoists, but now he is an avid reader and even reads English books. His close associates say within two three years, their leader will be fluent in English. A cool headed and soft spoken Hidma had answered each and every question from this reporter during a meeting in South Sukma forest in February 2015. Known to be a master strategist, he sits with a notebook whenever he meets anyone and takes notes. He also asks for newspaper clipping of local and national newspapers every week.

Head of Battalion No.1

As the head of the Maoists’s Battalion No.1, Hidma planned and executed many attacks and inflicted heavy damages on the security forces in Sukma including the recent killing of 37 CRPF men in two back to back attacks within a month.

Sources said that it was the Burkapal attack on the CRPF, in which 25 CRPF men were gunned down by Hidma’s men, which gave the final push to his elevation to the central committee.

Apart from his combat expertise, the tribal background of Himda could be a headache for the security forces, as it is likely to be used to by the Maoists to counter the State’s propaganda of “tribals not being given senior posts and only used as foot soldiers in the Maoist organisation”.