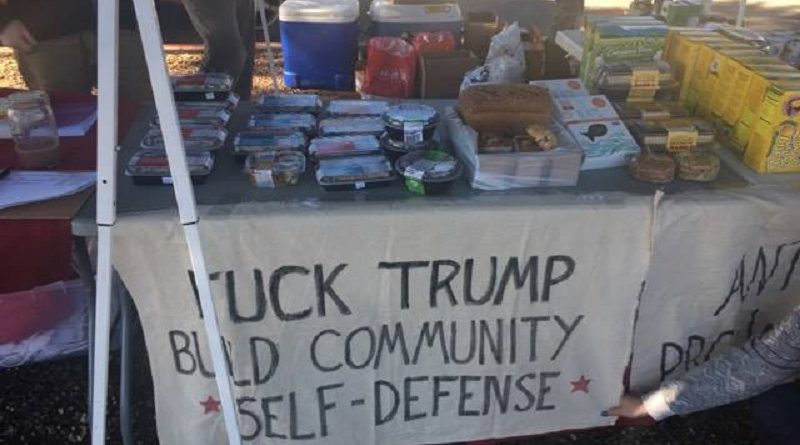 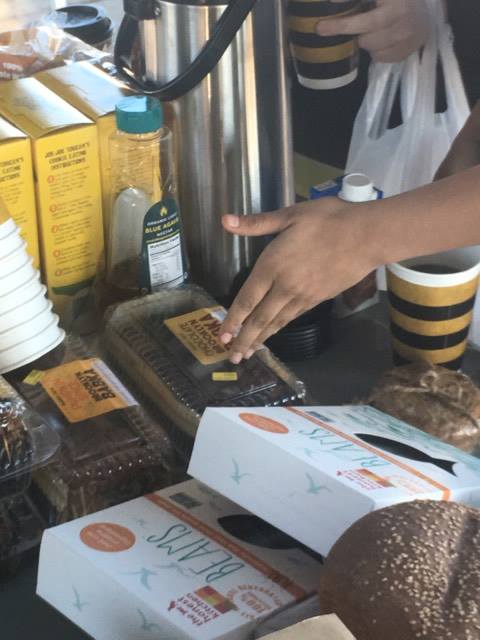 Almost one year ago, Serve the People Austin embarked on launching a free grocery and meal program in southeast Austin’s Montopolis neighborhood. We have been honored to meet others in the community and break bread with so many people. We serve food every single Sunday, but it is not us who are heroes; it is the everyday working people who are our heroes because it is them that have the infinite potential to change this world for the better. It is the people who struggle just to make it and keep their heads up every single day that offer us the inspiration to continue fighting in the coming year.

Our program works off of hearing the ideas that the people have—ideas on how to change the world! We take these ideas and we do our very best to put them into practice. What are the most common ideas from the working folks in Austin? Something needs to be done about the drugs and the racist thugs in uniform. Serve the People Austin needs your help to begin addressing these major issues as we move on in this new year. We cannot do it with such a small organization, we need people power to push out the pigs and the pushers! 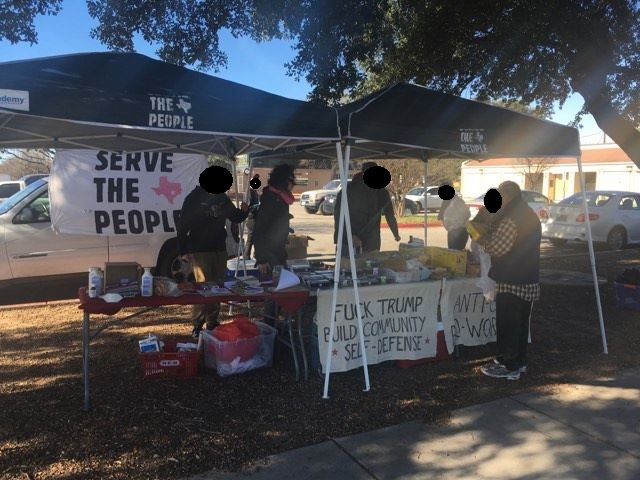 Some feel that there are dark and difficult days ahead, as Trump is moving into the White House. We see this concern every weekend and want to prepare to serve the people with all our might. Serve the People Austin has been on the front lines against the election and the election results. We have seen our members attacked by police and arrested for exercising their right to protest. The government and their pigs become more and more controlling, abusive, and violent to enforce the will and secure the interests of the rich and elite, the very class which produces monsters like Donald Trump. We stand by the slogan fuck Trump, organize community self-defense! To us, this means organizing against Immigration and Customs Enforcement (ICE) raids, against the right wing and fascist monsters inspired by Trumps election, against the Islamophobic racists who attack Mosques or other places of worship. It means standing up and fighting where community members are at risk. 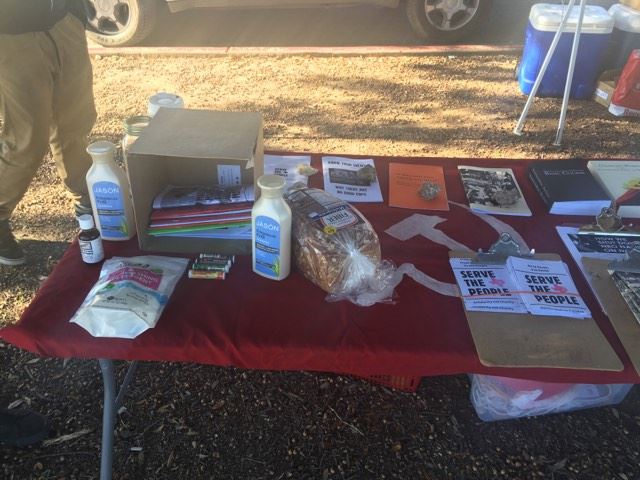 If you would like to get involved with Serve the People, if you have a landlord who is fucking you over or a boss who is ripping you off, if you cannot stand the state of this country and want to fight back, email us, give our Facebook page a like or call our number listed at the bottom. We need you this year as we gear up to branch out into other parts of Austin and surrounding areas. If there is a specific service you can provide, let us know. We must come together and struggle to build a world where social wellbeing replaces private profit, where sexist, racist rich people bullshit will not be tolerated, and shelter, food, medicine, and education are basic rights enjoyed by all free of charge.  Serve the People has a vision, but we cannot reach it without your help. We have seen our grocery program blossom this past year and stood alongside the people in many struggles. This year, we will see more programs and even more intense struggles. We proceed with commitment and humility. Thank you for allowing us to be of service. 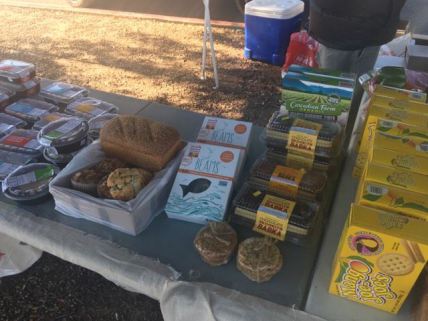 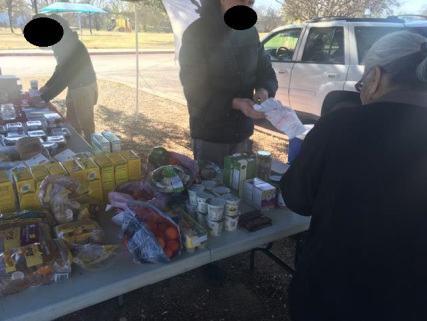