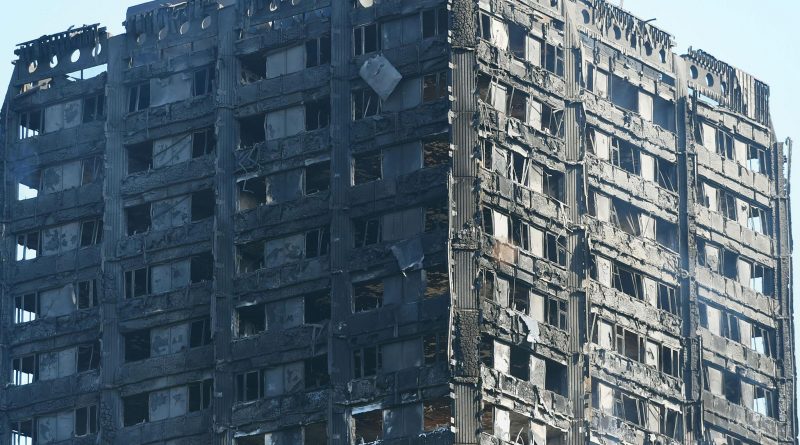 More than 600 residents lived in the state-owned apartment block Grenfell Tower in London. The residents were mainly poor people, immigrants and working class folks. The first victim who was identified was the Syrian refugee Mohammad Alhajali, age 23.

It has been revealed that residents of the building repeadetly have complained about the fire safety in the building. The survivors have explained after the fire that the fire alarms didn’t go off. The building was constructed in the 70’s, and had only one staircase and no building-wide alarm system.

Last year, the block had a big renovation of the facade done, which cost almost nine million pounds. Even though the residents had complained and demanded an improvement of the fire safety, it wasn’t listened to. Among other things, no sprinkler system was constructed. The only thing that was renovated was the facade, and here a cheap kind of plastic (polystyrene) was used, which is flammable, and has also been involved in big fires in France, Australia and the United Arab Emirates. The facade renovation was partly to satisfy wealthy residents of the surrounding area. The area (Kensington and Chelsea) is marked by great class divisions, with both very wealthy and very poor people living there. This has caused outrage in Great Britain, and there has been large demonstrations and protests since the fire. Instead of listening to the residents’ demands for better fire safety, what was focused on was the wealthier groups’ desire for a prettier building. Questions have also been raised as to whether changing the facade actually helped cause the fire, considering that the fire spread almost without any obstacles through the facade.

This is not just any other tragedy. At several levels, this is completely tied to the system: Instead of listening to poor people, refugees, working class folks, those who lived in the building, the corporation preferred to listen to well-off white folks. Security for workers and refugees was seen is less important than what the upper class deemed ”pretty”. People are angry because the fire safety was reported time and time again, but the lives and safety of these people wasn’t seen as important. Survivors, former residents and others in the area repeat that this tragedy was a result of greed, that it was a catastrophe that was seen coming, and that the ones responsible should pay for it. After the fire, it’s also clear how the authorities tackle crises; they are being criticized for a lack of will to help, not doing any administration while volunteers do all the work. Had this happened to upper class folks, the reaction would have been very different.

Companies run for profit. To these, profits are more important than lives. The landlord organization Kensington and Chelsea Tenant Management Organisation (KCTMO) is the biggest landlord organization in England, and runs almost 10.000 properties. A former worker has described how cuts led to less and less work on fire safety, while the class hatred against the residents led to more ID and income checks for the immigrants living there. KCTMO has made cuts on life, caused by their class hatred and racism. This also ties in with the broader austerity politics of Great Britain. According to researchers at the university of Liverpool, austerity has led to far more deaths, a rise of 40.000 deaths from 2014 to 2015 in Britain. Cuts on health, fire safety and more kill. Profits being more important than lives under capitalism isn’t a slogan, it’s the horrifying reality which hundreds of thousands of people die because of in the world – every single year.