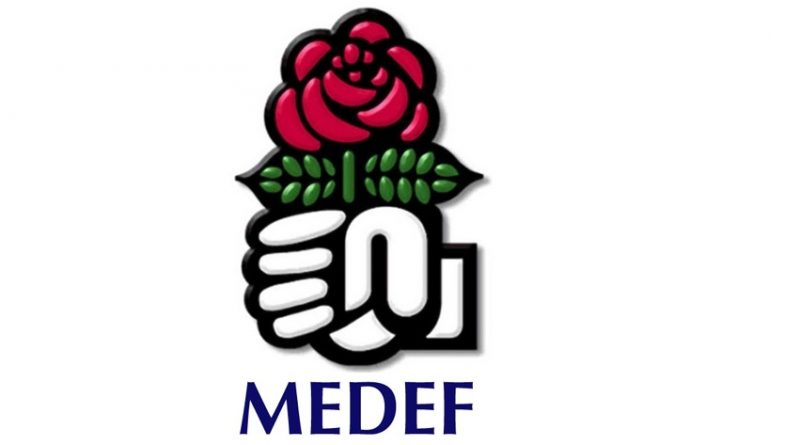 For a long time now we’ve known that the Socialist Party (PS) government is totally subservient to the interests of the bourgeoisie; since its taking power the reactionary offensive of the bourgeoisie has only intensified. After the National Interprofessional Agreement (ANI), the “Responsibility” pact and the Macron Law, the announcement of the El Khomri bill rings out as a new and even greater attack on workers’ rights. Employers are not calling out favorably for nothing after the announcement by the minister of his project to reform the labor code.

In a few lines, the El Khomri Law is for example:

In short, this new social reaction is an attack against the interests of the working class and of all the proletariat: the PS government has declared a real war against the workers. It is a bosses’ reform that has long been demanded by the MEDEF [National confederation of French employers], which will allow the employers even more to press and to make precarious the proletarians, reducing us a little closer to the status of modern slave, of a machine to enrich the bourgeoisie that’s cast aside when considered unproductive. Gattaz, the president of MEDEF, welcomes it already! The right and the far right also, we see Menard was able to announce his satisfaction with the law.

And already the PS shows its true colors with its will to adopt this anti-popular and anti-worker reform by all means, including using the famous article 49-3 which allows the bypassing of parliament, which itself after all is a puppet institution whose purpose is to preserve the illusions of democracy. Of course, once again, it is the right and the employers who applaud heartily, saluting the courage of their servants.

All the unions, CGT in the lead, announced their opposition to this bill, even evoking the possibility of taking to the streets. We must be vigilant not to be dragged by reformist leaders into battles deliberately conceded in advance, as in the pension reform movement. Fighting the El Khomri law is indeed a vital necessity for all workers as its implementation would be a disaster. But if we want to win, we must now implement a strategy that allows us to go beyond the reformist directives of the trade union centers, that is, to spread the idea of the fundamental unity of all workers–unionized and non-unionized–with a very clear message that there will be no negotiation on this employer bill and that we will be engaging in methods of action capable of bending the employers and the government to our will. If we want to win, it is all of us, all together, who must strike where it hurts, i.e. directly in their wallet by preparing a great movement of general strikes, occupations, and re-appropriation of our places of exploitation, a blockade of the whole economy.

We do not want to duplicate the experience of the 2010 pension movement, where the union leadership did not do the work necessary to build a militant movement. This only disgusted all those who went into battle, all those who had the sense of being abandoned.

If we do not want to go from setback to setback, let us form tight ranks behind our flag, the flag of the working class, and let’s prepare to hold our heads high and take matters into our own hands.

DOWN THE EL KHOMRI LAW! DOWN WITH ALL ANTI-WORKER AND ANTI-PEOPLE REFORMS!

DARE TO STRUGGLE, DARE TO WIN!