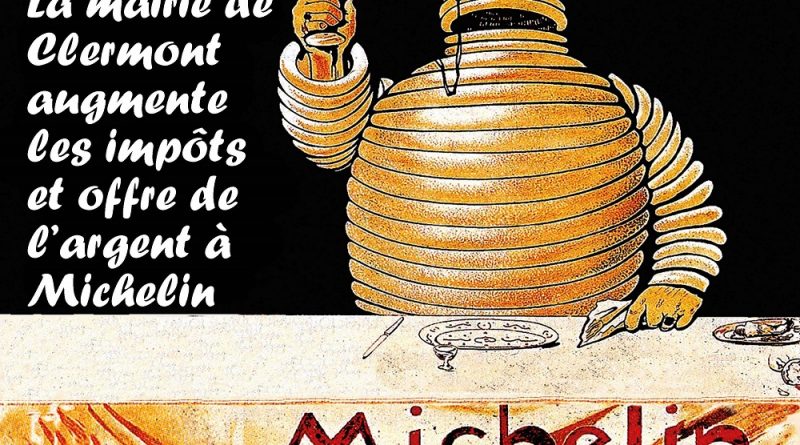 The city hall of Clermont-Ferrand decided at the Municipal Council of January 5 to increase local taxes by 9% for the year 2016.

Once again, it’s the people who have to pay for those who exploit us! We refuse this tax increase , and we refuse to give even one cent to the bosses who exploit us all year for a miserable wage in dangerous and degrading working conditions. In addition, Michelin has been doing large scale mismantling of and relocating its production sites. Let us not forget that at the end of December 2014, Michelin closed its Joué-lès-Tours factory, leaving 730 workers without jobs.

Mayor Olivier Bianchi, speaks of Michelin as the “jewel of the region” and “pride known all over the world”. We are talking about one of the most aggressive company towards its workers, of a company that fires and relocates. We also remember La Cagoule, the fascist militia whose main support was Michelin and which was responsible for the murder of trade unionists and communists…

On Friday, February 26th, the next Municipal Council will be held. Let us gather before the town hall to make our voices heard!

NO TO TAX INCREASES!

NOT A CENT FOR THE BOSSES!

DEMONSTRATION ON FRIDAY FEBRUARY 26 6:00PM IN FRONT OF THE CLERMONT-FERRAND CITY HALL