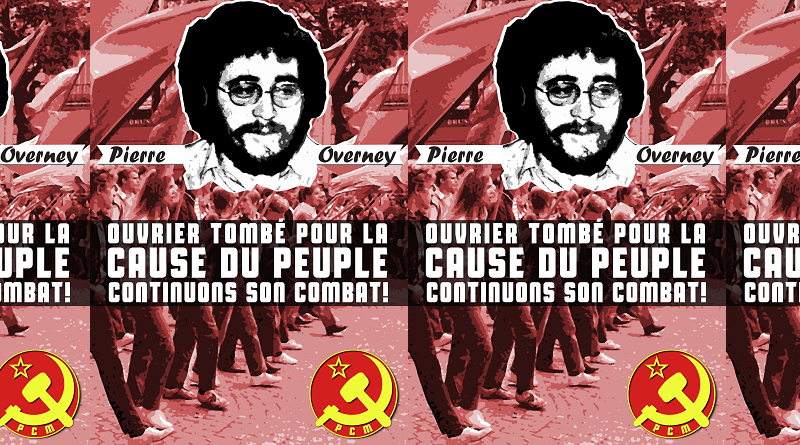 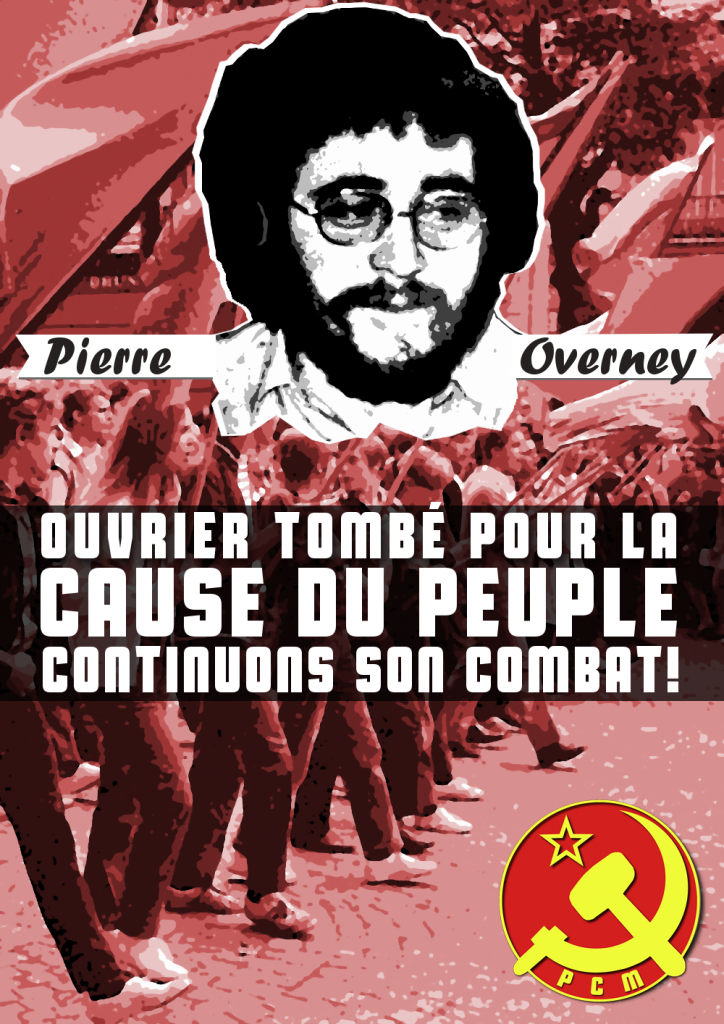 Tribute to Pierre Overney at Père Lachaise Cemetery on SATURDAY, FEBRUARY 27, 11 AM. Meeting point at the station Père Lachaise (line 2) at 11am.

44 years ago, on February 26, 1972, Pierre Overney, a Maoist worker and activist of Gauche Prolétarienne, was shot in front of the Renault Billancourt factory. In the midst of a wave of racist crimes of that time, he was distributing a leaflet for an antifascist demonstration at Charonne metro station in commemoration of the protest repressed in blood by police 10 years earlier.

La Cause du Peuple, which announced his death, pushed the slogan “Stop Fascism ! “and denounced the killings of Arab workers. The parallel with current events is striking. In Calais, the fascist militias, hand in hand with the cops, attack migrants fleeing those countries, in which the imperialists, including France, have wreaked havoc and set fire to consolidate their domination. Last year, Rémi Fraisse was killed by government watchdogs. Cops murder in the suburbs, multiply provocations and humiliations. Our neighbours’ doors are smashed for no reason. The climate of the Emergency State opens the doors to repression. The State, at the service of the bourgeoisie and the bosses, breaks into the homes of trade unionists at 6am and hands out prison sentences to workers struggling to keep their jobs. With 7 million unemployed, we are still told that we are lazy and cared for by the government as we struggle to find work. That’s when Myriam El Khomri, Minister of Labour [sic], proposes an anti-worker bill. which transcends every other one introduced in the past since the CPE. The government desires to serve the bosses to such a degree that it is willing to impose it even without a vote in parliament according to Article 49.3.

The time is ripe to organize the fightback, to smash blow for blow the bourgeoisie’s major offensive against the working class and against the oppressed peoples of the world.

This is why we commemorate Pierre Overney. A part from the individual, it is his struggle that we celebrate. And we are not doing this due to nostalgia, but ratjer to draw lessons, inspiration and courage. We communicate this courage through our efforts, in the struggles that we lead. through our first and foremost belief that it is time to raise our heads and take our business into our own hands!

We see every day that despite the difficulties and the prevalent resignation, the awareness of the need for a decisive struggle is emerging. It is still half way there, sometimes mistaking targets, sometimes making errors in choosing allies, but it is there. It’s up to us to develop it so that it becomes revolutionary and hits the target in the centre.

And when we look to the past, what inspires us is this youth that wanted to change everything, turing everything upside down by siding with the exploited and the oppressed, the youth that Pierre Overney was a part of. This youth, which was not satisfied by the achievements of May 68 and wanted to go further.

In today’s conditions, we take into our hands the torch that Pierre Overney left on the ground and which was trampled over by all the traitors and renegades. We salute his courage but also the courage of all those who have been betrayed by the very people who sent them into battle.

The history of the Gauche Prolétarienne covers both the energy of the struggle and the accuracy of the fight – mainly among activists and militants – but also the betrayal and the inability to carry on with the revolutionary tasks – mainly among the leadership from back then.

Our past must help us to understand our present and to serve for the future. It is the duty of the younger generations, helped by the initiators of the struggle. It is our task today to develop the tools necessary for the revolution. We have started and we will continue.

Let us ensure the continuity of the revolutionary struggle!

Pierre Overney: we are here!