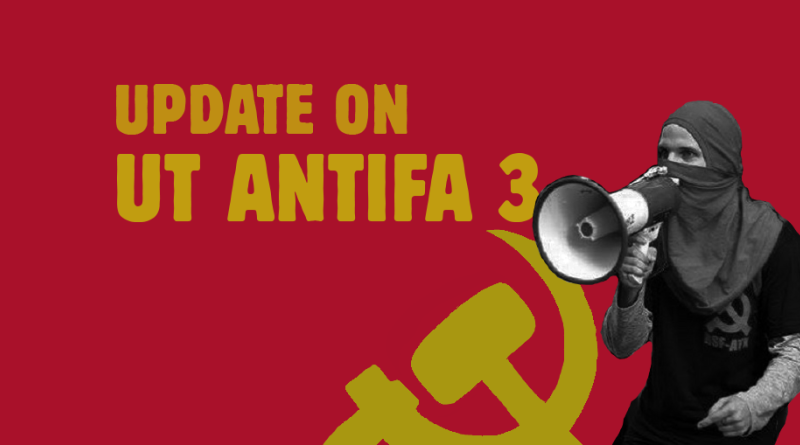 It’s almost been a year and a half since three Austin antifascists were arrested on the University of Texas campus on trumped-up charges. The charges resulted from an action that day in which students on the campus decided to take matters into their own hands after the university neglected to cover up racist graffiti that students demanded for months be removed. Naturally the UT police found the action of covering up racist graffiti far more offensive than having a white-power symbol staying up for months where many would pass it every day on what claims to be a “diverse” campus. The UT Antifa 3 were accosted by campus police and subsequently each were charged with “graffiti resulting in damages over $1,500,” a charge that carries a sentence of up to two years in jail.

We are happy to report back that all charges of these comrades have been dismissed. For a year and a half these comrades were dragged in and out of court and we are happy that they no longer have to deal with such a ridiculous case. This is a victory for Austin antifascists. Since this action we have seen antifascism grow on campus, particularly through the brave and tireless work of the Revolutionary Student Front. We hope the action and victory of these comrades inspires similar actions in antifascists everywhere.

We would like to thank everyone who supported us in this struggle against the campus pigs. We want to especially thank those who donated to their legal funds. Without such generous donations, we would not have been able to afford their legal team. We can’t say enough how much countrywide and international solidarity means for the comrades here in Austin who face decades of prison time between them all. We will continue to fight, we will continue to win, and we will never apologize for our politics, nor will we dial them back in fear of repression.

Drown fascism in a sea of resistance!