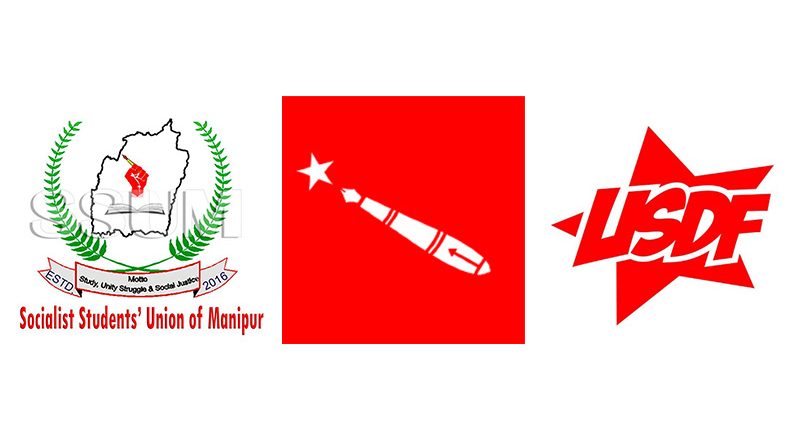 Briefing media persons today at SSUM office at Keishampat, its co-convenor, Bhushan Longjam said there are many common issues face by students of different places and regions.

So the three students union has team up from yesterday, to fight for the rights of students and to give educational rights to all the children, he added.

Representative of USDF, Debopriya Shome said they will work on to resists the privatisation and commercialisation of education, strengthen the democratic voice and give compulsory education to children living in remote areas.

If the students unions of South Asia work together and stay united, there will be a better education system in the region, he added.