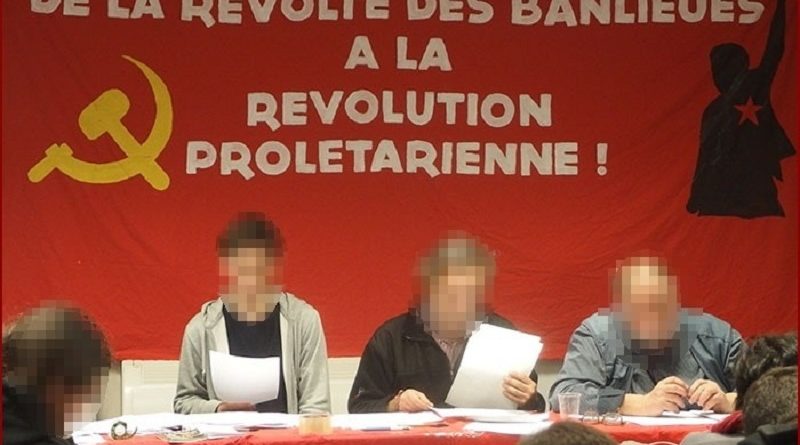 On Saturday, November 21 an international meeting was held and organized by the Bloc Rouge (unification Maoist) and the Maoist Communist Party – Italy : “From the revolt of the banlieues to the proletarian revolution! ” in Aubervilliers on the occasion of the 10th anniversary of the revolt of the banlieues that began in November 2005. This meeting was held under very difficult circumstances.

First, there was police pressure for the meeting to not happen, this was accompanied by the harassment of our comrades in Aubervilliers. With the declaration of the State of Emergency after the November 13 Massacre, the situation became even more difficult. We were forced to change locations, despite the original location already having been advertised (hundreds of posters pasted, thousands of leaflets distributed …).

All of this did not deter the meeting from happening, and it was a success! Despite the change of venue, the new hall was full, and all statements of comrades from other countries were read. All statements and messages will be grouped together in a booklet which will be published in French, Italian and English.

The conclusion focused on the importance that this meeting is not an event, but on the contrary, it is a process that must be continued and extended. This should mark the will to further engage in the poor suburbs that have importance in the question of the people’s war in the imperialist countries.

In a Paris, under the state of emergency, the Maoists from different countries of Europe, with the support of the Maoists parties and organisations of the countries oppressed by imperialism and the attendance of other anti-imperialist forces, held a revolutionary meeting, challenging the situation which emerged in Paris following the reactionary Daech attacks of 15th of November.

In a militant and combative atmosphere, the revolt of the proletarian and people’s youth in the banlieues in 2005 has been saluted, analyzed and re-launched in its historical significance.

It has been said loud and clear that the Maoists are against the imperialist wars of aggression in Middle East, against the state of emergency in France and other imperialist countries and they are on the side of the youth and the popular masses of the banlieues in Paris.

The participating forces stated they are ready to take up their responsibility to fight the imperialists and their wars, support all anti-imperialist popular struggles and assert the universality of people’s war.

The booklet of the meeting, with all speeches, will be published in the coming weeks in English French and Italian, so to allow all revolutionary, anti-imperialist, communist and Maoist forces to continue the discussion, along with their revolutionary practice. 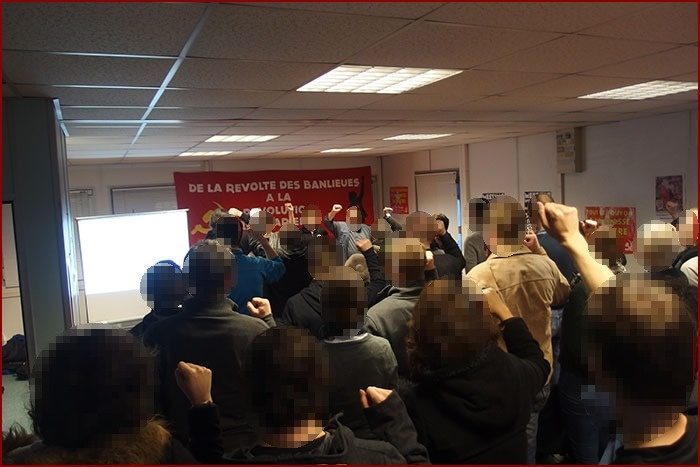 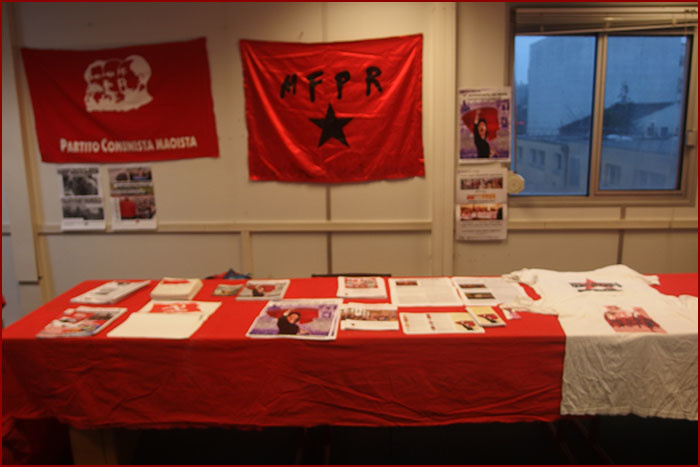 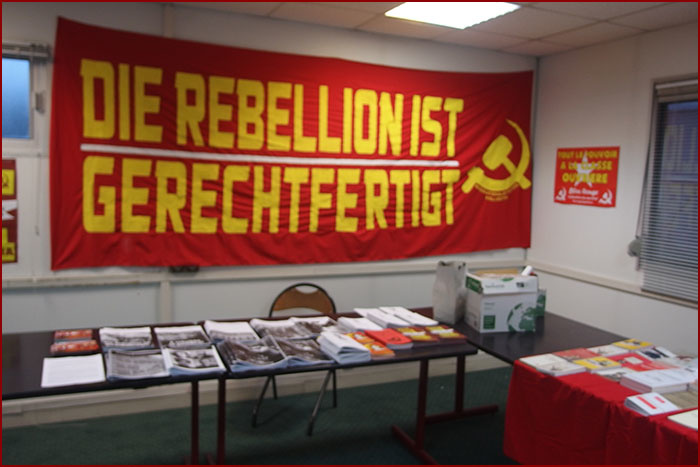 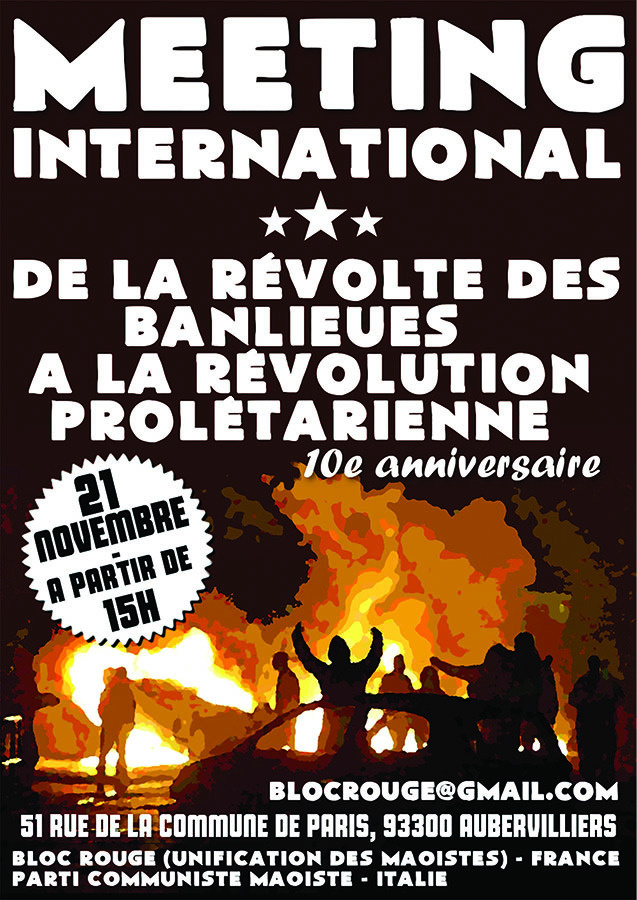